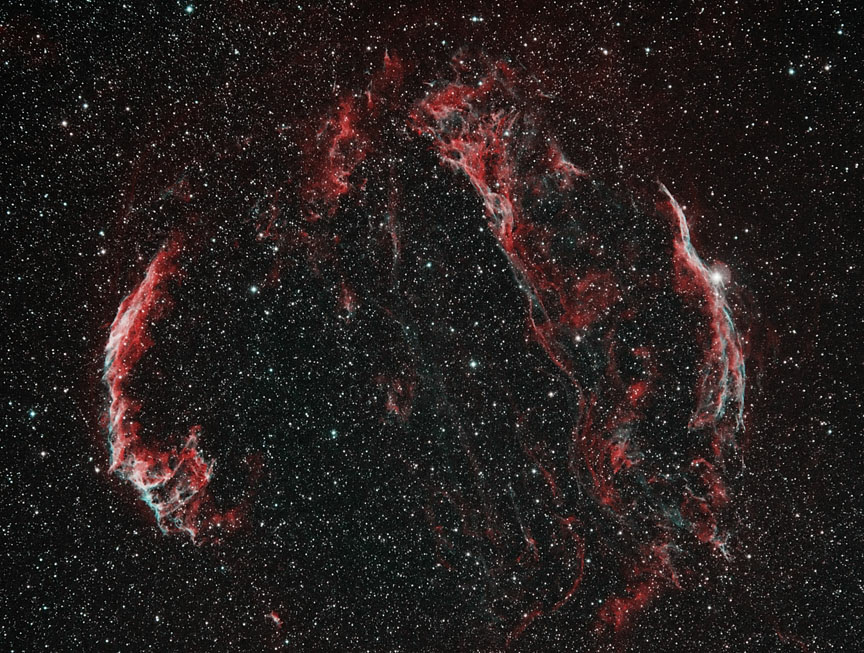 Like many nebulae, the Veil is the remnants of a supernova, the material ejected when a star exploded. It is in the constellation Cygnus, but its distance from Earth is not precisely known. The red portions are hydrogen and the blue-green is ionized oxygen. Captured at Wa-chur-ed Observatory in July of 2011 using hydrogen-alpha and oxygen-3 narrowband filters to reduce the effects of light pollution.

This is a wide-field image using a Tamron 70-200mm f/2.8 camera lens. See “Western Veil” and “Eastern Veil” for close-ups of the right and left portions. Right of center is an area known as “Pickering’s Triangle”.