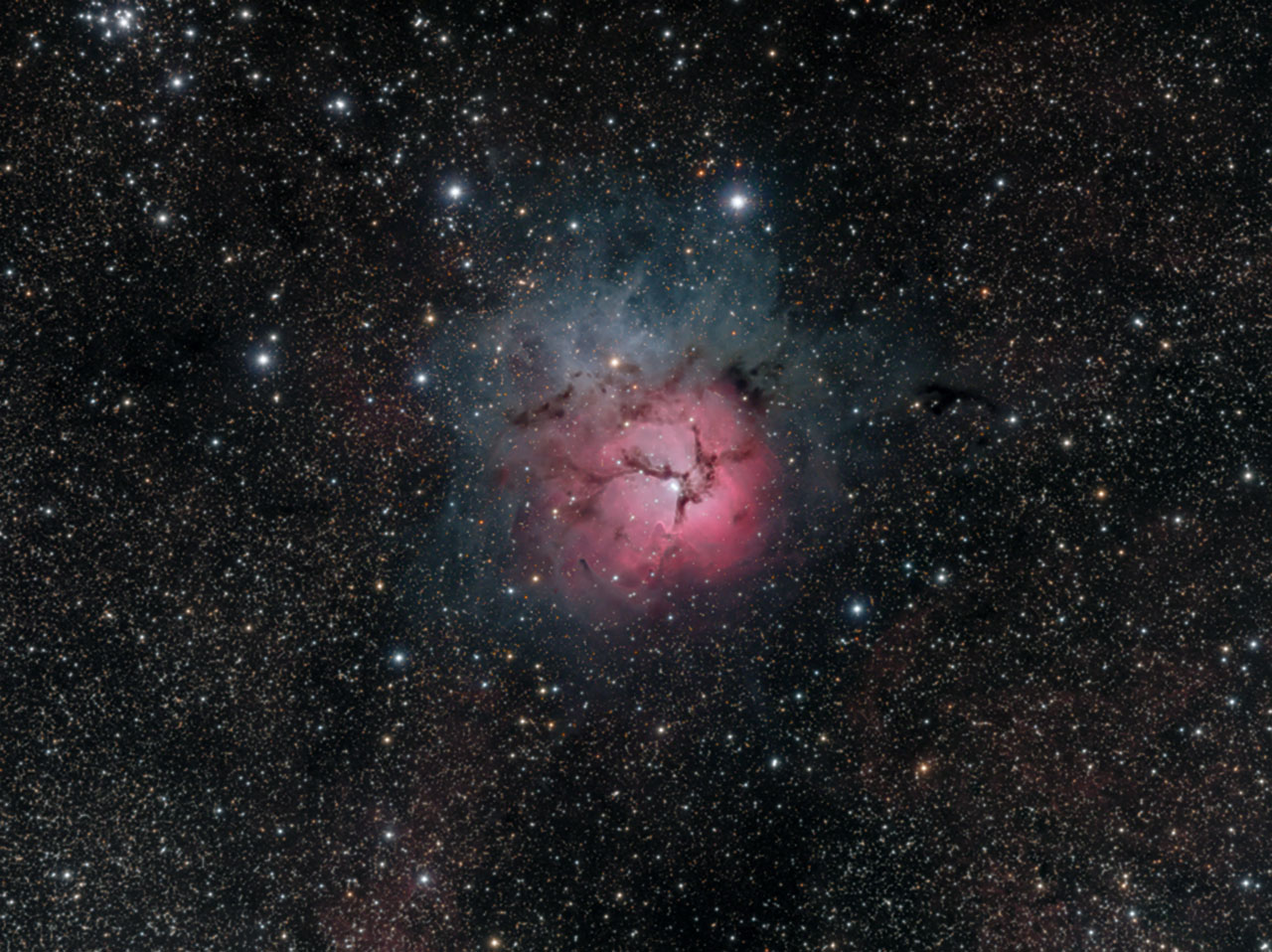 One advantage to making the long trip to GSSP is that it is more than 5 degrees south of home, so objects in the southern sky are more than 5 degrees higher above the horizon.  I had intended to photograph a new (to me) target, the Blue Horsehead Nebula, but found it to be too big for my gear – I could fit only a small portion of it in my field of view.  So instead, I went back to a familiar target that I hadn’t photographed for years, the Trifid Nebula.

Also known as Messier 20, Trifid is partially emission nebula (the red part) and partially reflection (the blue part).  My most recent photo of this region was a wide-field image of Trifid and its larger neighbor, the Lagoon Nebula.  That image was done in narrowband, so the reflection portion was not clearly visible, which prompted me to try to get as much of this dim blue light as possible.  This is an LRGB image with only 20 minutes each of RGB (5 exposures of 4 minutes each) and over 3 hours of luminance.  The telescope is the William Optics FLT-132, and the camera is an ASI1600MM operating at -20 degrees C.

Although higher in the sky than it would be from home, and about as high as it gets through the year, it was still only about 30 degrees above the horizon at most, which is often a “cut off” elevation in deciding what target to photograph.  Still, it turned out pretty good – just not my best work.

Perhaps it’s just because I do more narrowband imaging than RGB, but I didn’t like the very “starry” look of this image, so used a software filter (from Noel Carboni’s Photoshop Actions) to reduce the size of stars.  For comparison, here is the same image before applying the filter: 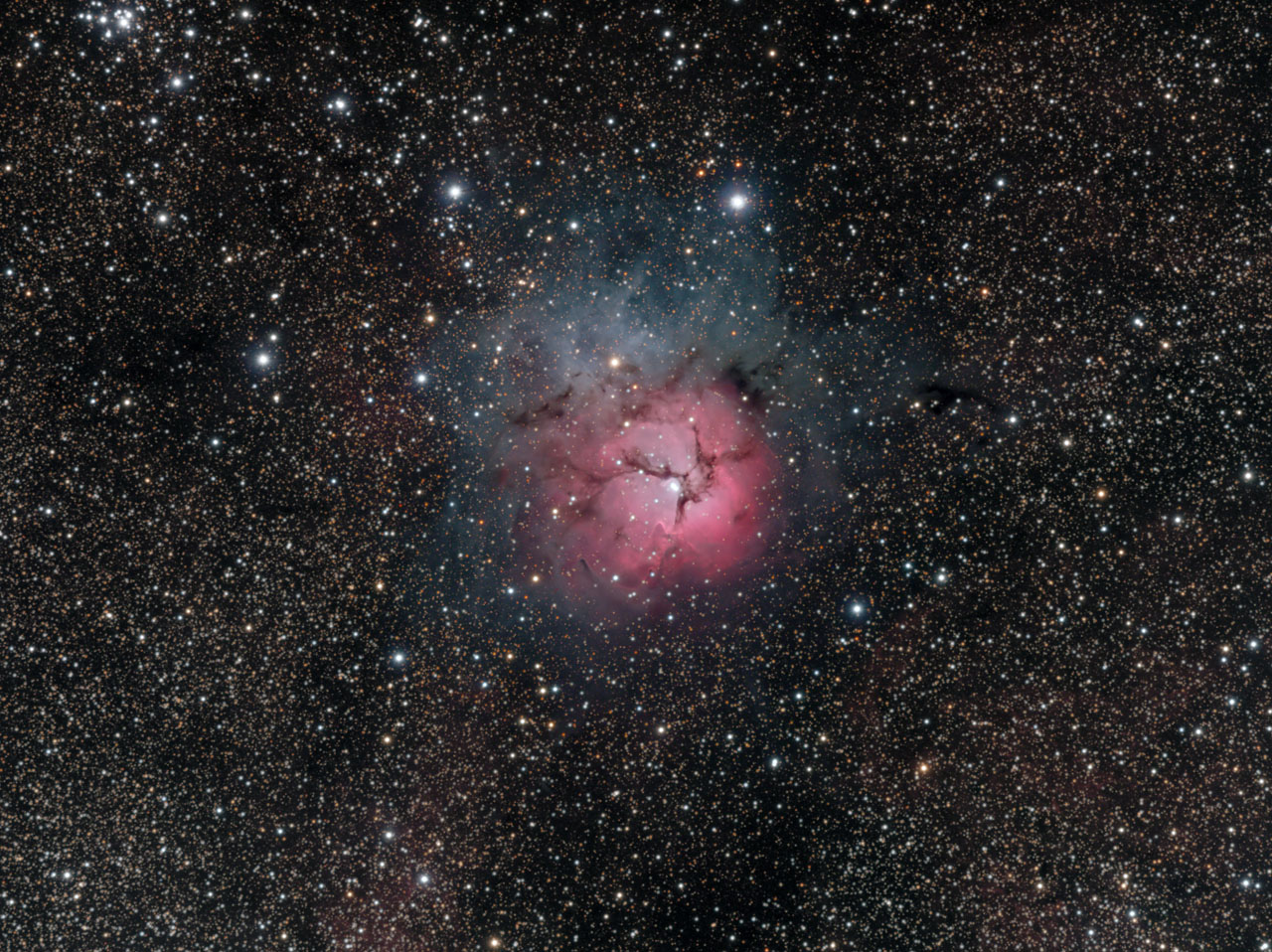 I don’t often use this filter because it is somewhat destructive.  That is, like most filters, it can make an image look better subjectively, but is actually degrading the data.  In this case I thought it was justified because the stars are overwhelming in the original image.  What do you think?

After shooting Trifid for several hours I was in the mood for better sharpness, so moved to a target higher in the sky, the Cocoon Nebula.  I haven’t processed it yet, so that will probably be my next post here.