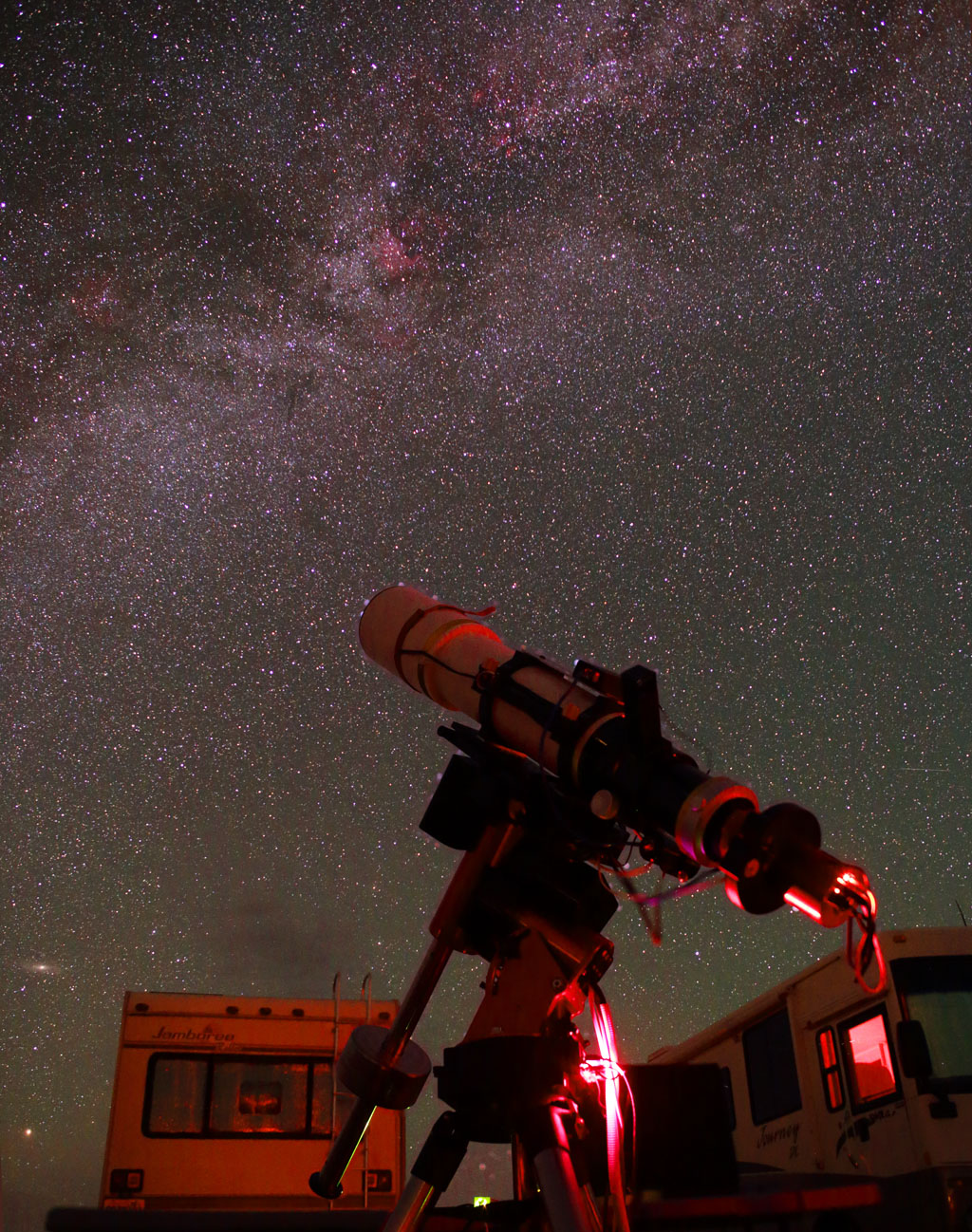 Just back from GSSP, the Golden State Star Party, near Adin, CA.  Above is a photo of my astrophotography rig, with my motorhome behind it, and the Andromeda Galaxy in the lower left (WAY behind it).  It was a 450 mile drive, and its always questionable whether a star party is worth such a long drive, but we did have a good time.

In comparison to the Oregon Star Party (OSP), GSSP is a little smaller, with about 400 attendees.  The location is attractive, and doesn’t have nearly as much dust as OSP.  It is on farm land that is used to graze cattle at other times, which means that the ground has been made rough by their hoof prints.  The night sky is about the same darkness, but you can see lights from nearby towns in a couple of directions, and sometimes a distant automobile’s headlights will hit your eye.  The more experienced astronomers will set up in the central area so that the vehicles on the periphery block these annoying intrusions.  For photography it doesn’t matter much, so I prefer to be on the southern edge of the crowd to have a clear view in that direction.  Adin is only about 5 degrees south of Portland, but that can make a big difference when you are trying to photograph objects in the southern sky, as they are 5 degrees higher above the horizon.  And it was the perfect time of year for at as well.

You would need a drone (or other aircraft) to get in the right position to take a picture of the whole star party.  Instead, I just climbed on top of my motorhome: 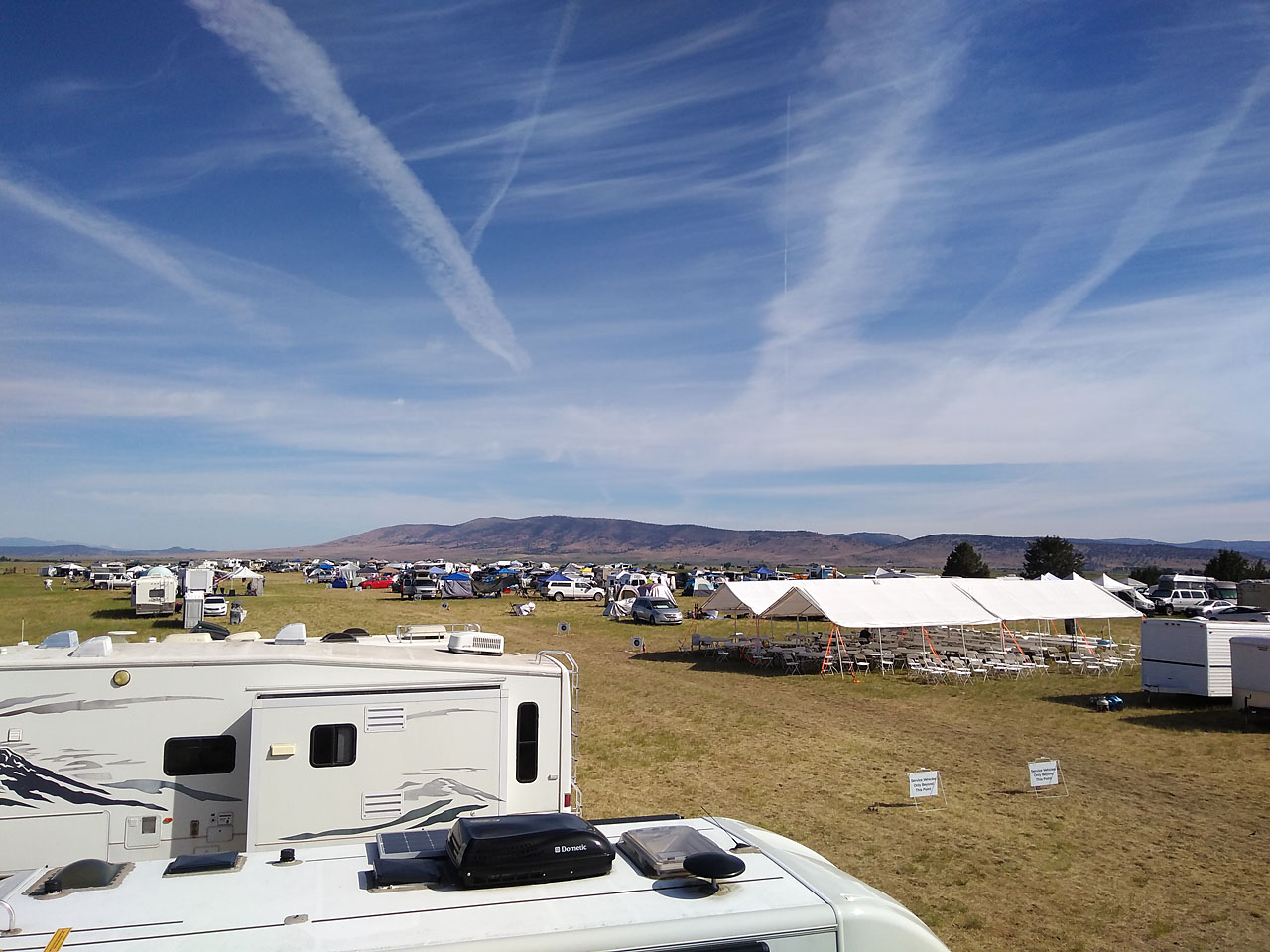 There were many large Dobsonian telescopes there – I don’t think I’ve ever seen so many large ones in one spot.  But even more impressive was this: 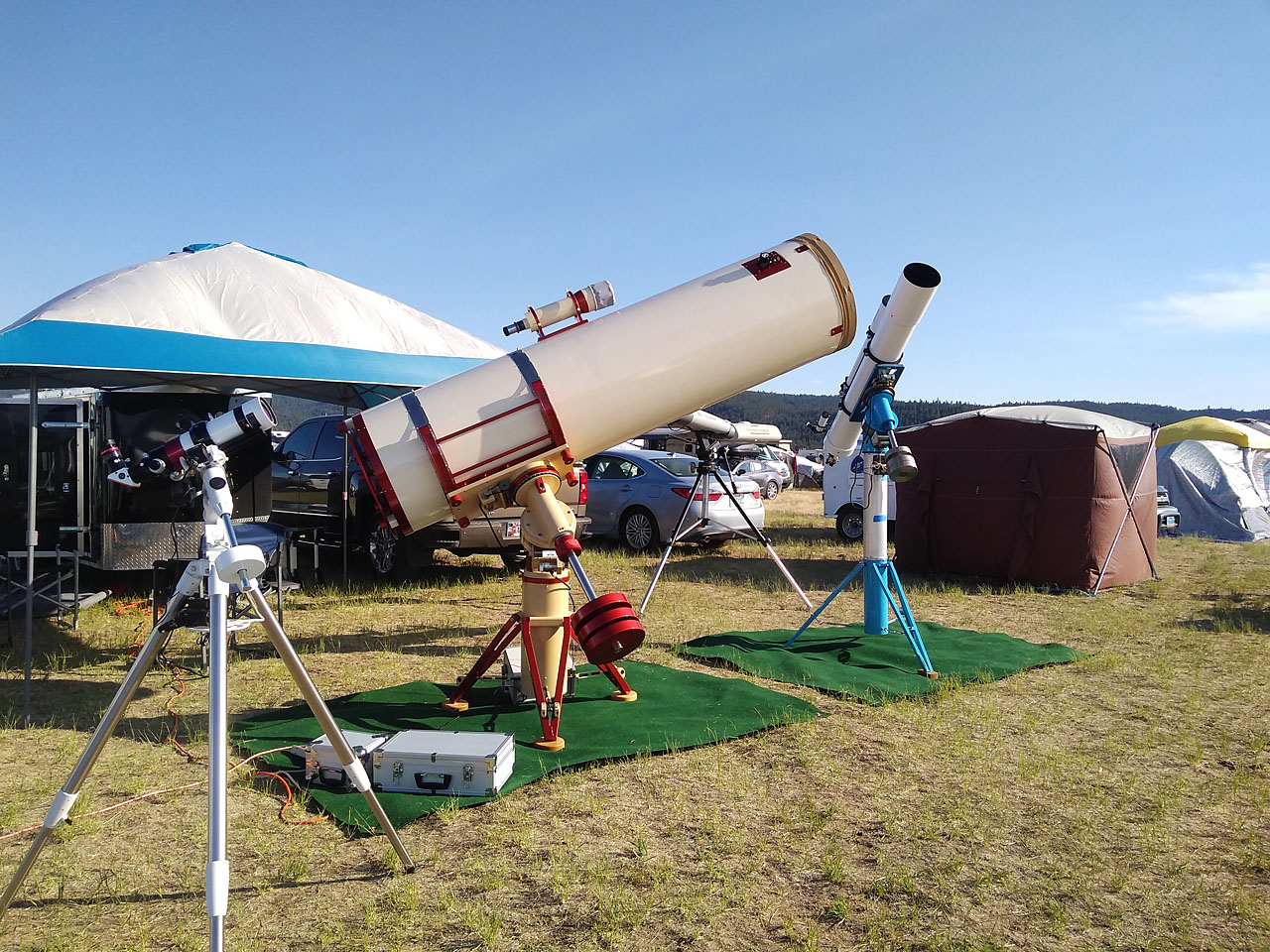 That is easily the largest amateur telescope I’ve ever seen on a German Equatorial Mount (GEM).  To put the telescope on the mount they first remove the mirror (since it is very heavy), and re-install it once the ‘scope is in place.

I haven’t processed any of the images I captured, but will post them soon.  We were there for 4 nights, but somehow I managed to capture only 2 targets.  Well, the nights are very short this time of year, but there was only 1 night that I stayed up until the Sun started to light the eastern sky – around 4AM.