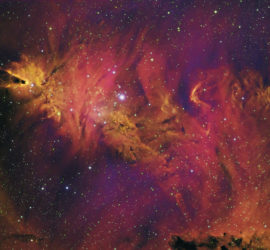 For no particular reason, I tried some different ways of combining the narrowband channels of the “Cone & Fox Fur” image and came up with this: I like both versions, but have to choose one to print.  So which do you prefer (the other version is in the previous post here)? 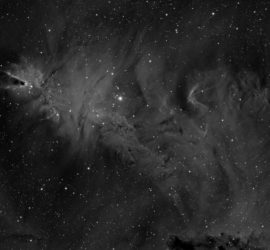 Ignoring politics (which seems like a wise thing to do), the biggest news item for 2017 just might be the total solar eclipse that will be visible across almost all of the U.S. on August 21st of this year.  I plan to write fairly often about all things solar this year, and post at least a few solar images – especially after the new solar telescope arrives in a few months. I had hoped to get at least one new image captured before the end of 2016, but it didn’t happen.  We had one clear night recently, but I was too busy […]