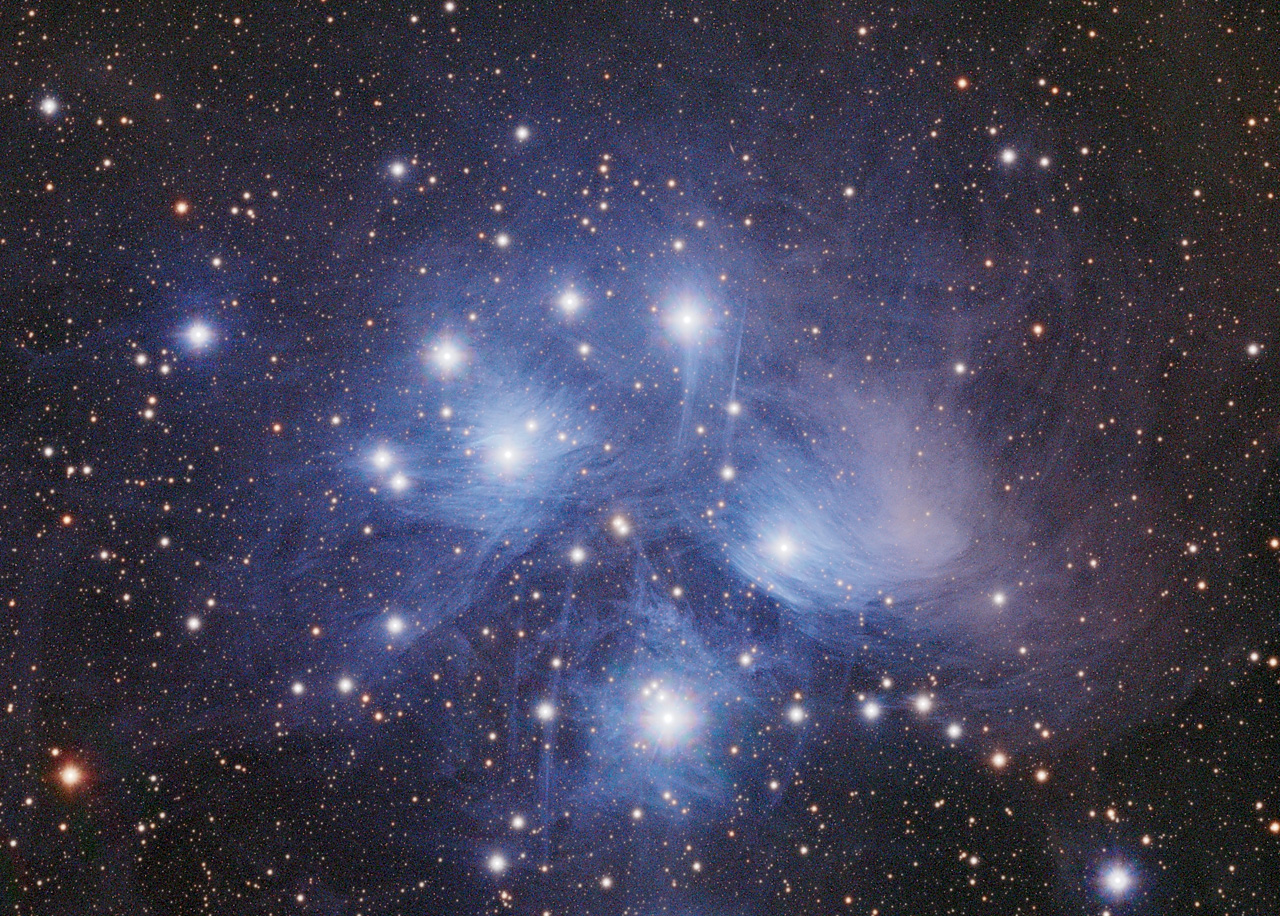 Back when I was selling prints of my astrophotos, the Pleiades/Subaru image was my best seller, even though it was done long ago – when my skills were significantly less developed.  And since it is well positioned in the sky now, I decided to shoot it again and use more sophisticated processing.

The problem with the original version is that the very bright stars are “blown out” – just large white blobs.  Getting them to look more like pinpoint stars requires shooting some much shorter exposures in addition to the long exposures needed to get the faint dust.  The trick is in combining the long and short exposures to show details in both dim and bright regions, using a technique known as “luminance masking”.

The software I use doesn’t have the ability to do this properly, but you can fake it with a bit of work.  It’s possible to take this approach to more extremes, but to my eyes this leads to an unnatural, over-processed look.  So this is a compromise that shows considerable halos around the bright stars, as they appear to the eye, but still manages to show the stars as brighter central dots.

This is my last week in Borrego Springs for this year, and I’m scrambling to make good use of the clear skies before returning to the cloudy Pacific Northwest.