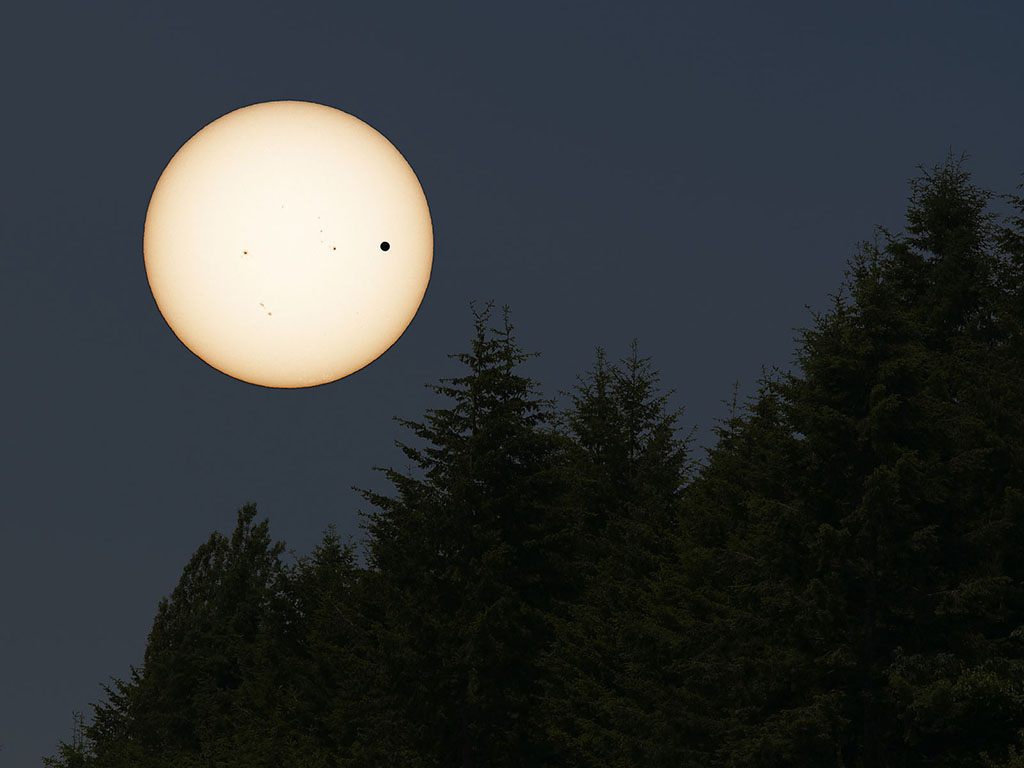 On June 5th, 2012 Venus crossed between Earth and the Sun. This will not happen again until 2117, so while it is not the most exciting astronomical event, it is quite rare.

This shot was taken through a “solar filter” that greatly reduces the brightness of the Sun, making it possible to see not only the silhouette of Venus, but also several sunspots. The trees, however, are somewhat fake. It is not possible for us to see anything so dark as these trees at the same time as these details on the surface of the Sun, although they really were there. So I took a normal exposure of the trees the next day, with the Sun well out of view, and combined the 2 images into one. Essentially, this is what it would look like if our eyes could handle a much much greater range of brightnesses.