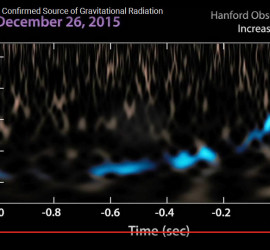 The Laser Interferometer Gravitational-Wave Observatory (LIGO) has announced a second gravitational wave detection.  The first detection happened on Sept. 14, 2015 and was announced in February, 2016, and the second was detected on December 29th, 2016 and announced just today.  The reason for the long delay is that the data has to be very carefully processed and analyzed to extract the precise meaning and ensure that it is a real gravitational wave event. Like the first, this event is thought to be the merger of 2 black holes, although this pair is significantly smaller than the first.  It was detected […] 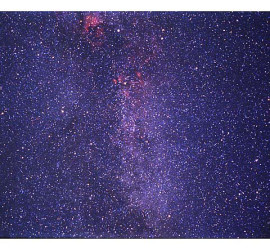 It has been a while since I posted here.  Among the many things that have been keeping me busy is an attempt to clean up the mess that I call my office, and while doing that I ran across this old photo: That is the first astro-photo I ever took.  It was shot on film (!), so I don’t have the exact date, but it would have been around 2000 – five years before I got serious about astro-photography.  I had no idea what I would capture, but just pointed the camera up and did a long exposure (probably about […]

The TED talk at the link below provides more detail than I have provided and a LOT more entertainment (as you would expect from TED Talks): http://www.ted.com/…/allan_adams_what_the_discovery_of_grav…? 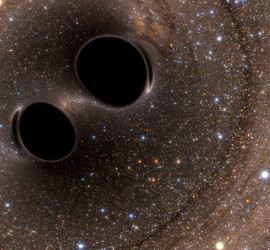 For the last week I’ve been very excited about the detection of gravitational waves by LIGO, but haven’t written about it because I wanted to first learn more.  Last night I attended the Cosmology SIG meeting (a sub-group of RCA, the Rose City Astronomers).  I’ve wanted and planned to attend their meetings for years, but somehow never got around to it.  It was very well worth it! There are many interesting aspects to the story of this discovery.  Probably the most important view is that this is the dawn of an entirely new age in astronomy.  The moment that we […]