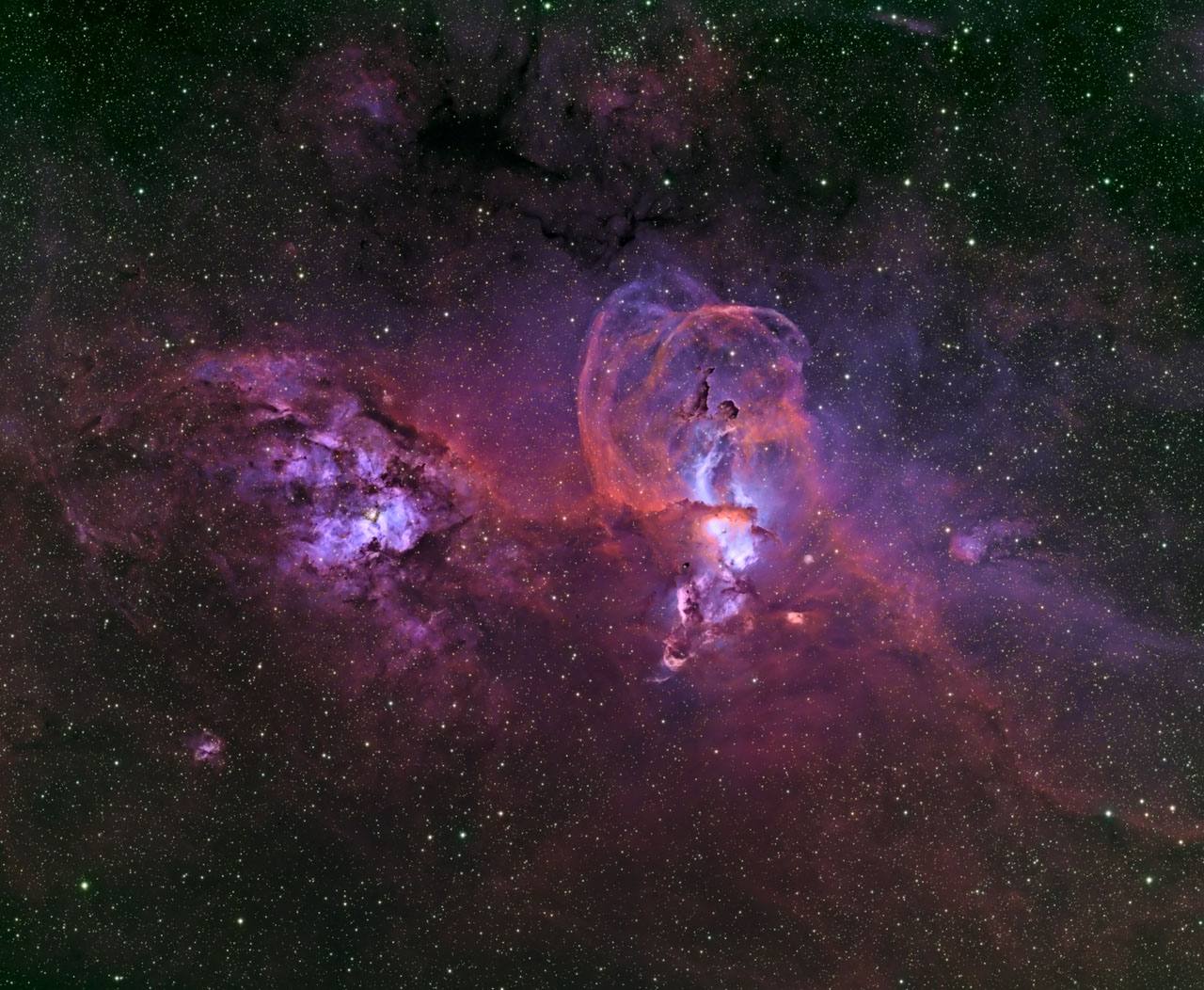 My latest image from Australia is NGC3576, the Statue of Liberty Nebula.  In case you don’t see it, the statue is the brighter region on the right, surrounded by swirls of color.  As with all narrowband images, this is false color, and I intentionally tweaked it to be (sort of) red, whte, and blue.  The shape of the statue is actually more apparent with a different color scheme, so I might decide to change this after spending more time with it.  The other nebula on the left is NGC3603.

There is also some nice dark nebulae near the top that could be enhanced, so I expect to be spending quite a lot more time on this one.

In addition to the usual filters for hydrogen (H-alpha), oxygen (O-III), and sulfur (S-II), this image includes some data captured through a nitrogen (N-II) filter.  I’m not sure it is really useful in the case because the N-II image looks very much like the H-a image, but I plan to experiment with the data more to see if I can get something useful or interesting from the N-II.

The total exposure time is almost 20 hours, which is double my usual exposure for narrowband.  Perhaps more notable is that this is from a telescope with a focal ratio of f/3.8, which makes it equivalent to more than 40 hours on my home system, which is f/5.7.  I’ve never spent that much time on a single target!