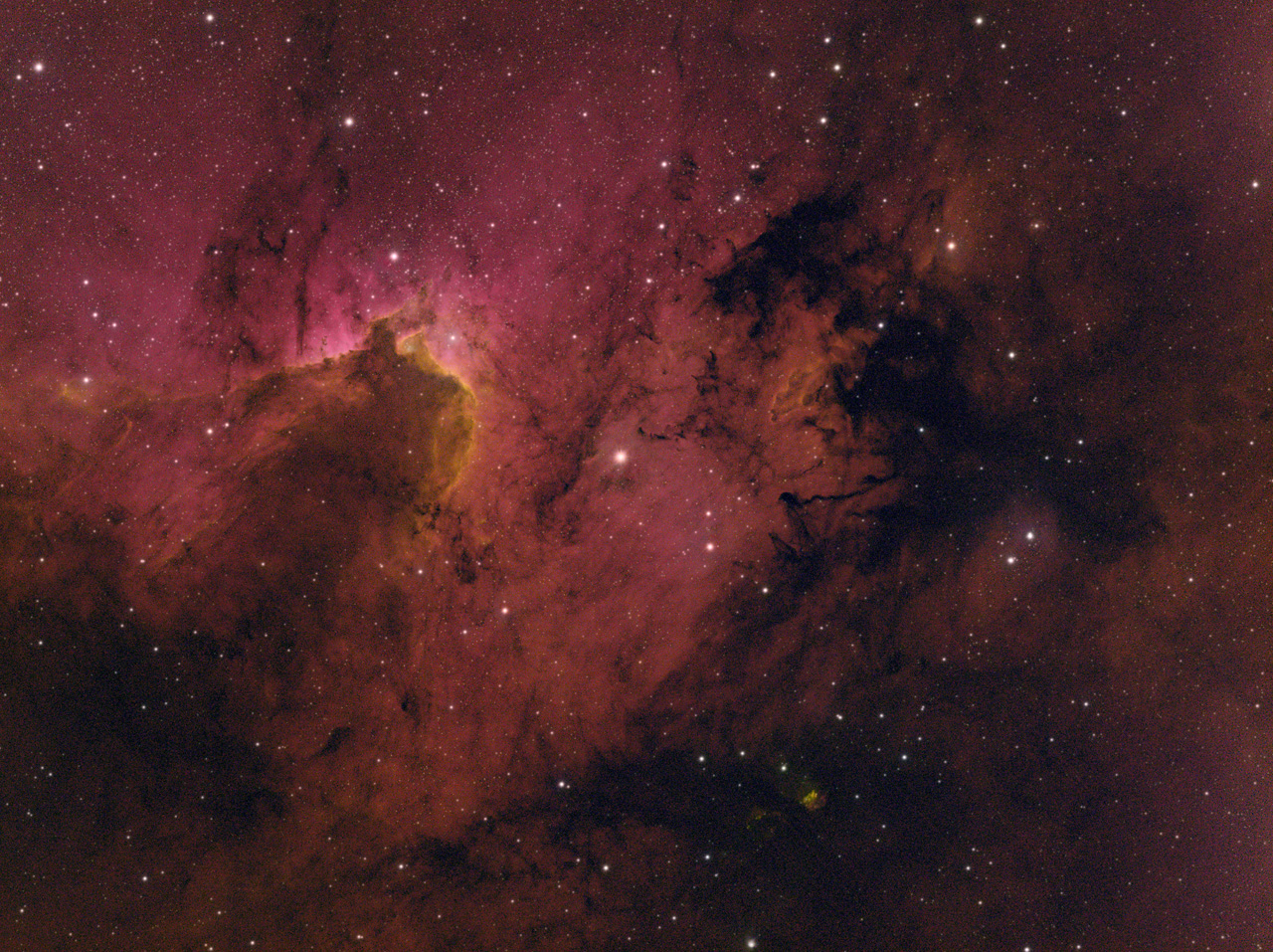 I won’t admit to having any particular phobias, but do believe that it’s quite insane to be crawling around through narrow passages deep underground (I’ve also never had even the slightest desire to jump out of an airplane).  So I recently explored a different kind of exotic structure, the Cave Nebula.  This is one of the targets I attempted to capture during the last dark site star party a few weeks ago, but something went wrong with that capture, so I’ve been working on it from home on the handful of clear nights we’ve had since then.  The Cave is a mixture of emission, reflection, and dark nebulosity, so I was capturing RGB data at the star party, but switched to narrowband filters at the home observatory due to the level of light pollution here.  Unfortunately, one of my favorite features of this target is a small patch of blue reflection nebulosity that doesn’t show up with narrowband filters.  You can see it in the RGB image below, which I captured back in 2013: 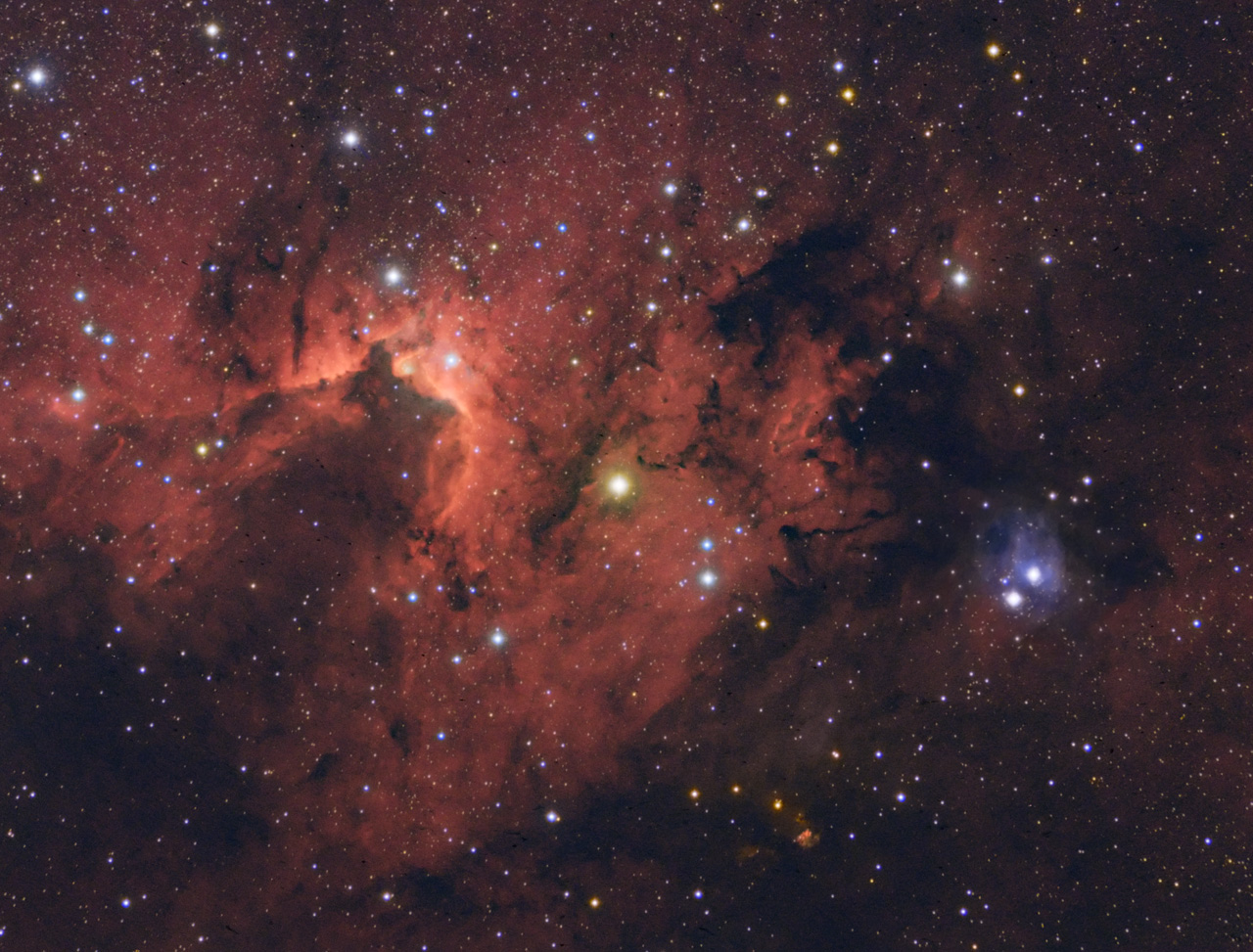 The blue patch is around a pair of bright stars in the midst of dark nebulosity on the right side of the frame.  Although there is a bit of O-III and S-II in the narrowband data, they are not very distinct from the dominant H-alpha emissions, so it really would have helped to get this blue in the image.  Right now it doesn’t look like we’ll have good weather for the next New Moon, and we rarely do this late in the year, so it might have to wait until this Winter’s trip to southern California to capture RGB data from the Cave.

Last year I brought only a small (low magnification) telescope to California, since we drove down there in a PriusC, a very small car.  I recently acquired a newer Subaru Forester, so will be able to bring the MyT mount and a couple of telescopes.  It may require adding a cargo box on the roof, but one way or another, I will have good equipment there this time.

The Cave Nebula is in the constellation Cepheus and about 2400 light-years from Earth.  I’ve never understood how someone thought this resembles a cave, or even what part of it the name refers to.  Furthermore, the name “Cave Nebula” had been previously used for another nebula in Cepheus, so it doesn’t seem like a very good choice for the name.  It is cataloged as Sharpless 155 (Sh2-155), and is fairly close to the Bubble Nebula that I also captured at the last star party.

The narrowband image consists of about 5 hours of H-alpha data and 3 hours each of O-III and S-II.  The calibration and stacking was done in CCDStack, and the post-processing in Photoshop.  The planes are combined as H(HSO_starless), meaning that I first created an RGB image from the HSO planes (in that order), then removed the stars to allow adjustments to the colors, and finally, applied the H plane as luminance, which restores the stars, but without much color in the stars.