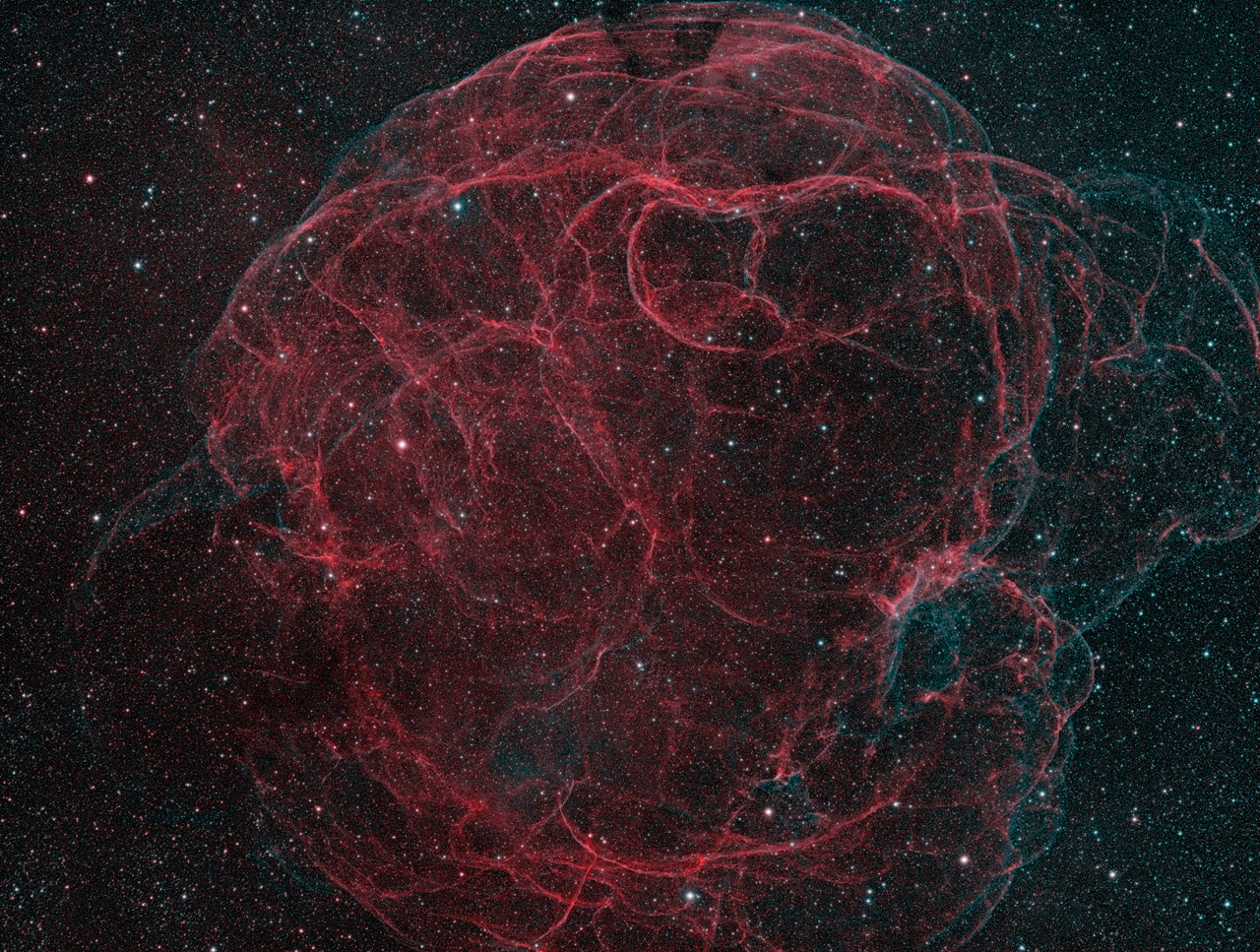 My first image of the Winter in Borrego Springs, CA is the Spaghetti Nebula, cataloged as Simeis 147 and Sharpless 2-240.  This is a very large, dim supernova remnant (SNR) in the constellation Taurus.  It’s about 3,000 light-years from Earth, but the more interesting question is its age, and I couldn’t find any information about that.  Generally, as SNRs evolve they expand, become dimmer, and more diffuse.  This certainly is large and dim, but still has amazingly well defined structure.

This is also my first image with the William Optics RedCat 51 telescope/lens.  Paired with the ASI1600 camera, it gives a field of view of 4 by 3 degrees – not quite enough to include all of the nebula.  I captured 4 hours of H-a (hydrogen), and 2 hours each of S-II (sulfur) and O-III (oxygen) for a total of 8 hours, combining them as H(SOO).  Thus the red and cyan colors are defined by S-II and O-III, respectively, while the structural detail comes from the H-a.  Other combinations are certainly possible, and might provide more information, especially with regard to the structure of the O-III regions.

Optically, the RedCat 51 ‘scope performed very well, although the sensor in the ASI1600 camera is much smaller than what the RedCat is supposed to be able to cover, so It’s an incomplete test.  I haven’t yet made a focus motor for it, since it arrived just shortly before we left home.  Manual focus is always tricky, but this was especially so because the RedCat’s helical focuser needs absurdly small movements to critically adjust focus.  On the plus side, focus changed very little between filters (suggesting that chromatic aberration is well controlled), and shifted very little with temperature.  The image scale is a little over 3 arcseconds per pixel, so most stars are limited to single pixels – even at the full 16 megapixel resolution of the camera.

Although the color image provides more information, from an aesthetic perspective I really like just the H-alpha channel: 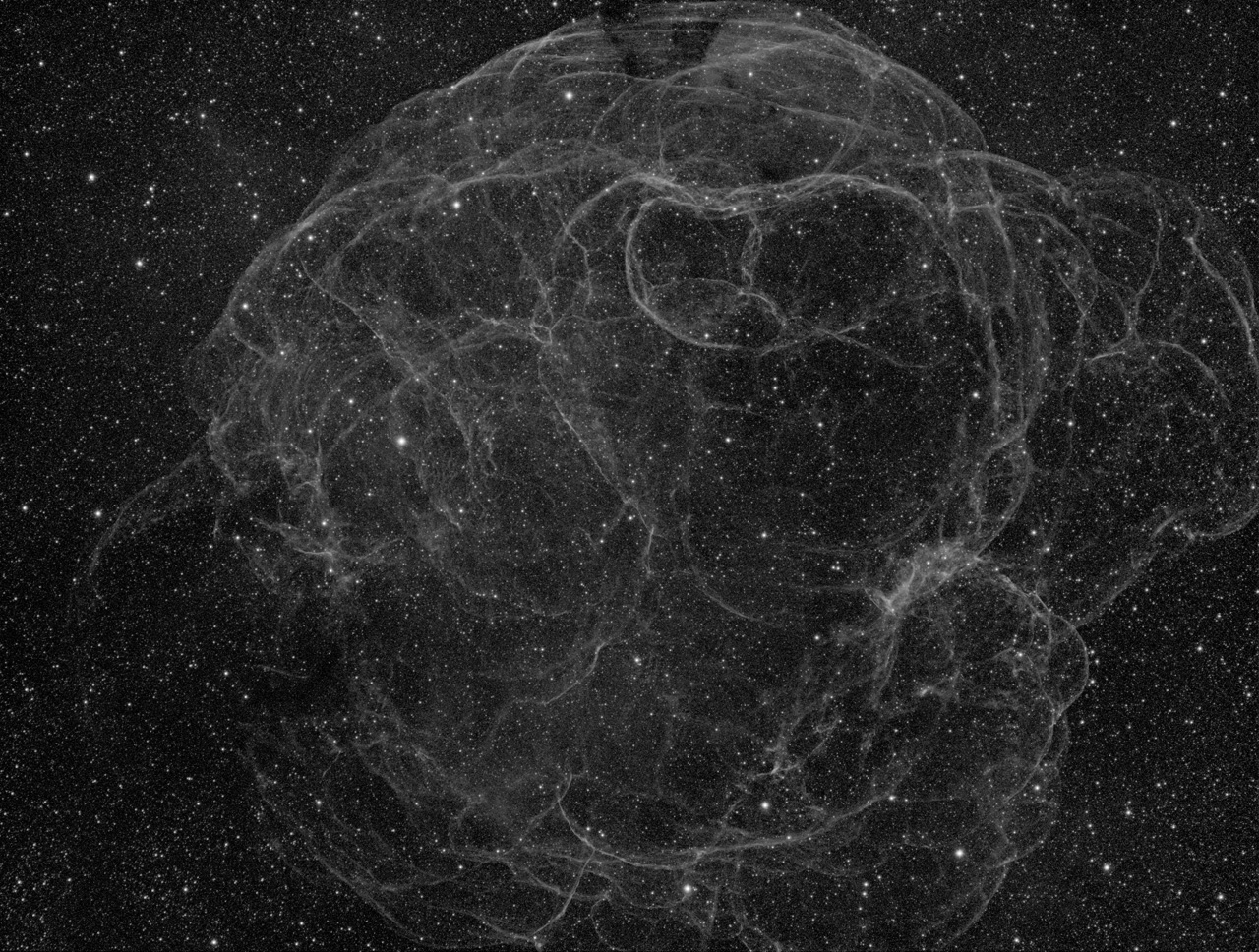 I won’t have a chance to do any more astrophotography until after Christmas, so I’ll wish you a Merry Christmas now – and see you next year!