Home » Blog » A Pinwheel in the Northern Sky 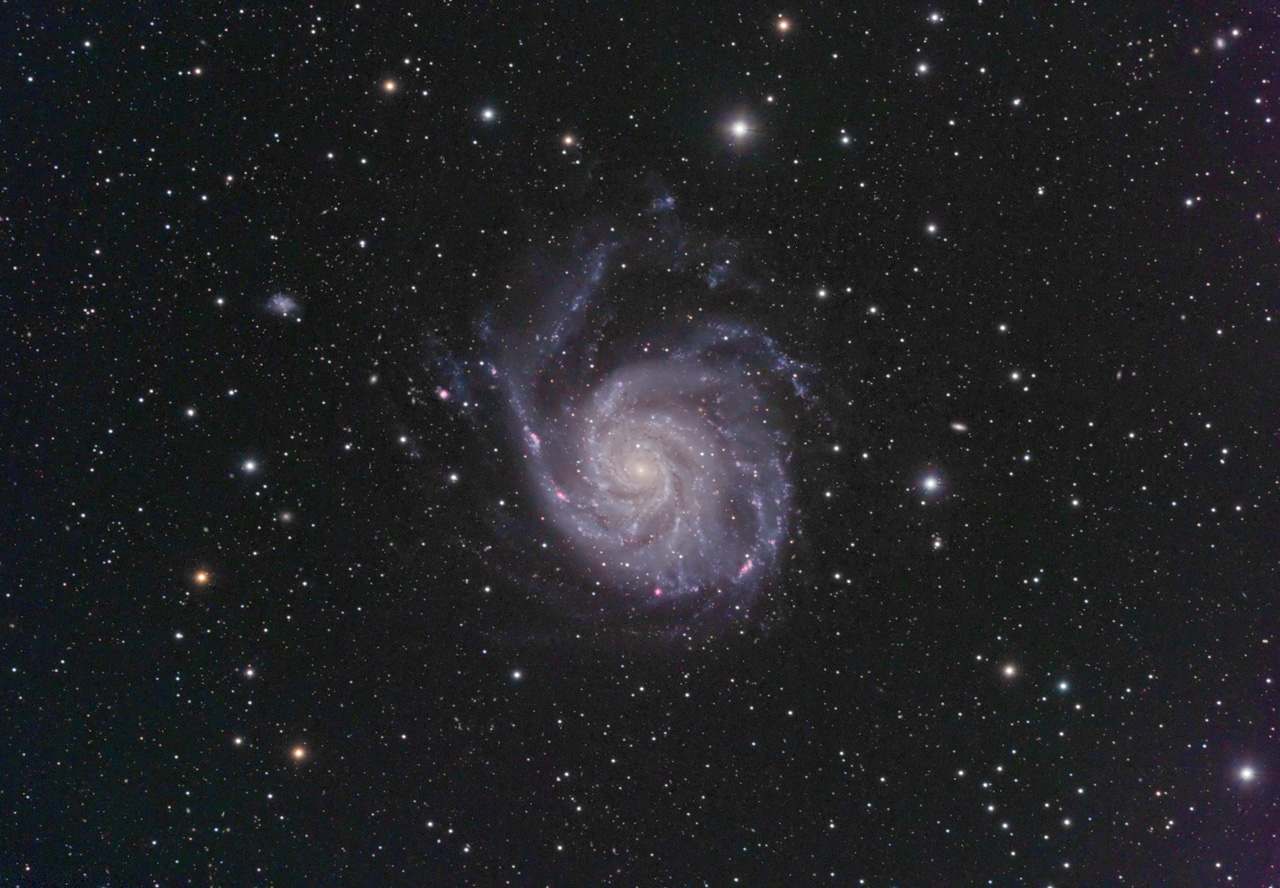 Here’s another image from the 2019 Oregon Star Party, M101, the Pinwheel Galaxy.  Also cataloged as NGC5457, the Pinwheel is a large galaxy in Ursa Major, and about 21 million light-years from Earth.  Although not as large in diameter as our Milky Way (170,000 light-years versus 258,000 light-years), M101 has about 1 trillion stars, twice as many as the Milky Way.  It also has a lot of hydrogen regions that are typically star-forming regions.

As with most of my broadband (natural color) images, this was captured and processed using LRGB, with only a handful of color frames (8 each of red, green, and blue) and a large number of luminance frames (45).  All exposures were 4 minutes, for a total of 4.6 hours.  But I also captured about 10 frames of hydrogen-alpha at 15 minutes each.  These were blended into the red channel to accentuate the hydrogen regions, although most of them are so bright that they show up as white or pink rather than red.  I had a lot of difficulty getting a sharp image with this target.  I think it was because of wind moving the telescope slightly during exposures.  I had to shoot this in the first part of each night, while it was relatively high in the sky, then move to my other targets later.  Since the wind tends to weaken through the night, it makes sense that I had more trouble with it on this target, but I’m now looking at ways to reduce the effect of wind.  In any case, the loss of sharpness is barely noticeable at this size.

There is one more object I captured at OSP, but I still need to add some hydrogen-alpha data to it, which I can capture here at home – as soon as the clouds go away!

But I did manage to fix the problem with the crescent Moon shot: 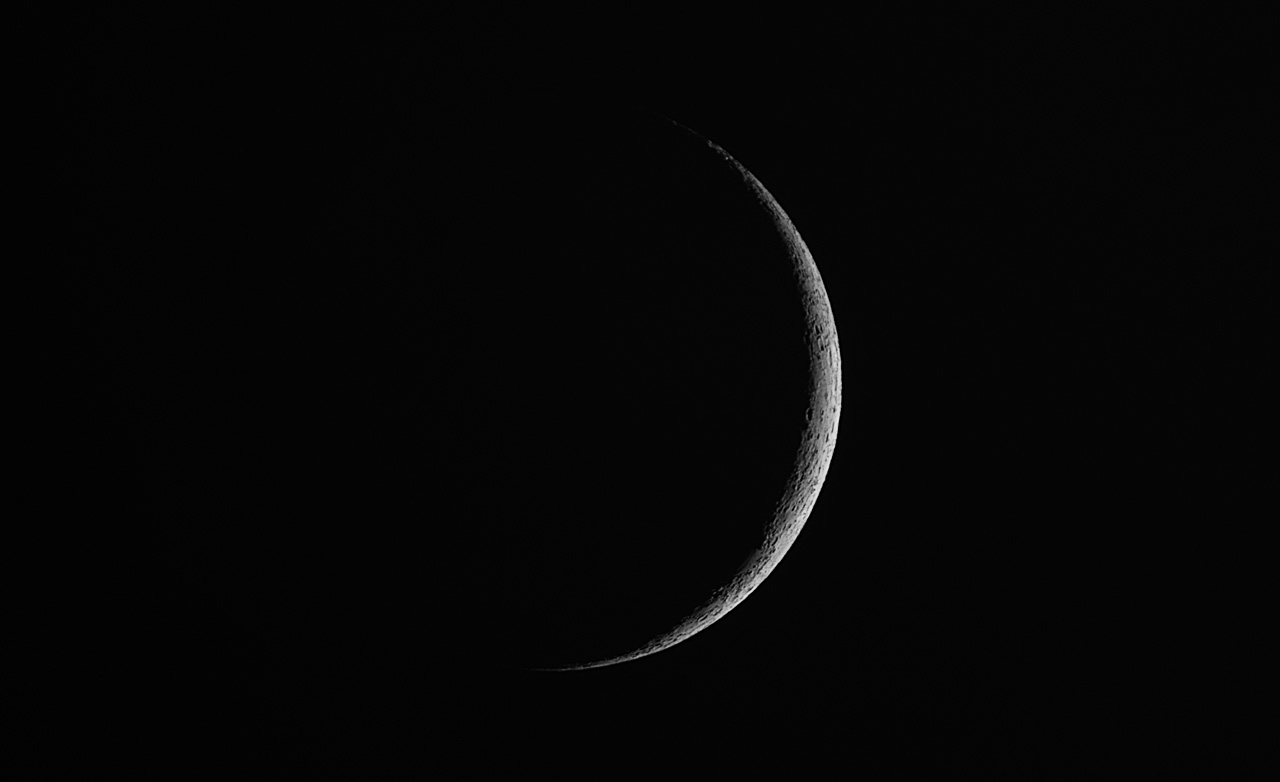 It turned out that the full-resolution frames I was trying to process were just too much data for the stacking application, so I scaled them to quarter size before stacking, which produced an image that still had to be cropped and scaled down further for posting here.  This is what you call a “young Moon” – less than 2 days after the New Moon.  Young Moons are difficult to capture because they are always close to the Sun.  In fact, the sky was still quite bright when this was captured, but when exposed and processed to show the features on the Moon’s surface, the sky looks black.