For several years now I have been wanting to take a “night sky” photo from my favorite local hike, Silver Star Mountain.  I recently got the chance, and got a few interesting photos, although the main lesson from this experience is that you really have to make your plans around light pollution: 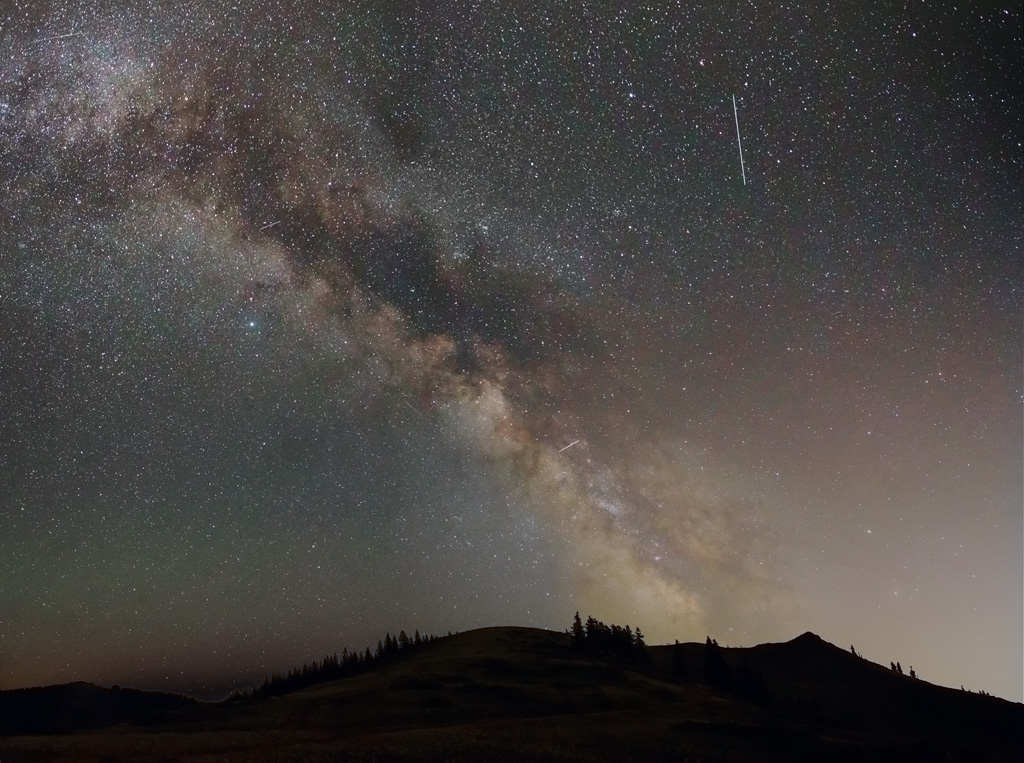 This is more or less the image I had planned.  It would have been a bit better if I had waited a couple of hours so that the Milky Way came up to the right of the peak, but it was probably going to get cloudy by then.  The bigger issue is that the glow from Portland has ruined the right side of the image.  It’s actually much worse than it appears here.  I’ve edited the picture to reduce the glow, but you can only go so far with that before it starts looking fake.

Another shot actually worked out better, I think: 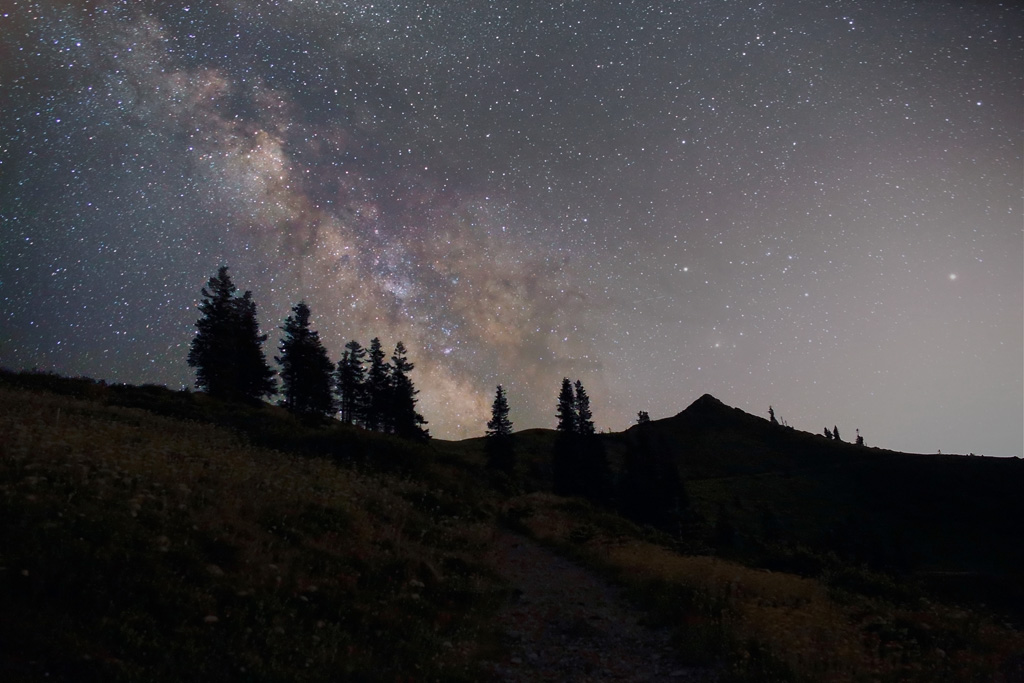 Since this shot is less wide-angle we don’t see as much of the Milky Way, but I like showing the trail in the foreground.  It makes the image as much about Earth as it is about the night sky.  The peak shown in both of these photos is not the peak of Silver Star, by the way, it’s another peak along the ridge that leads to Silver Star on the north side.  This is at a little over 3,000 feet and the real peak is about 4,300 feet.

They say that when life gives you lemons you should make lemonade, so I decided to embrace the light pollution, which yielded what is perhaps the best photo of the trip, although you can’t see much of the sky: 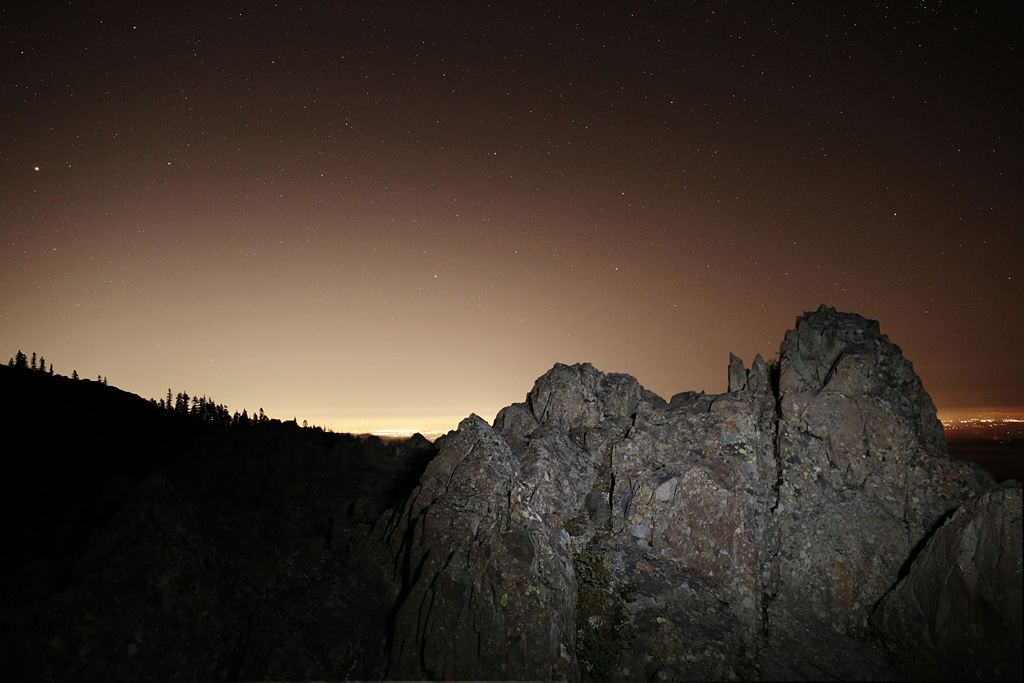 The lights to the left of the rock are from Portland, Oregon, and those to the right are from the Vancouver, Washington area.  Mars and Saturn were both prominent in the southern sky that night.  In the “trail” photo Mars is the bright spot on the right and Saturn is above the peak and a little to the left.  In the photo of the rock the bright spot on the left might be Mars, but I’m not sure.

These photos were captured with a 24mm lens on a full frame DSLR (Canon 6D).  I’ve done only a few such shots, so I’m still learning, but clearly, an issue with using a very wide angle lens is that if there is light pollution anywhere around it will probably show in the picture.  It’s just like my observation many years ago that when using an extremely wide angle lens it’s difficult to take a picture that does not include your feet!