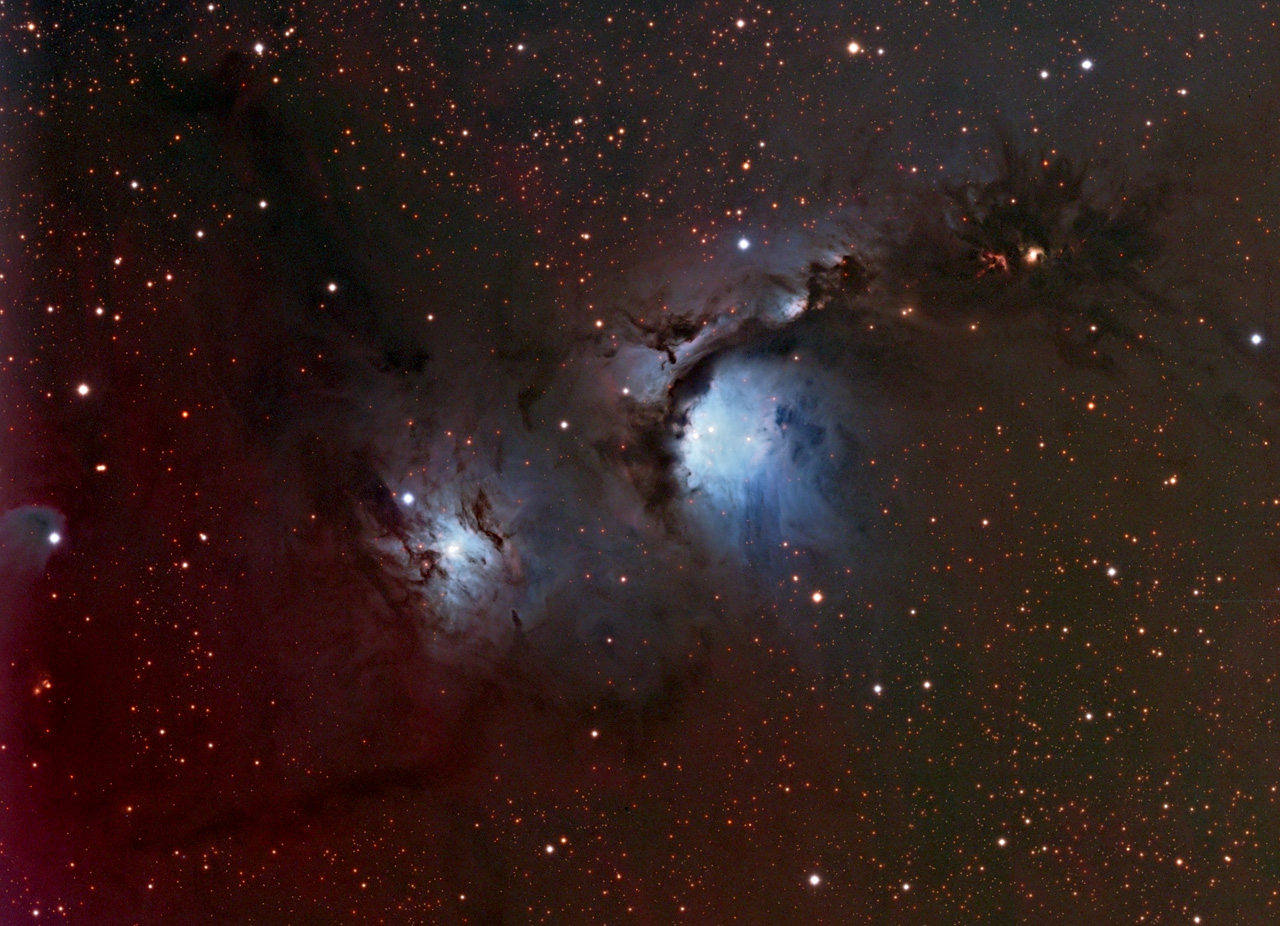 As mentioned earlier, I have been waiting (not so patiently) for better weather in Australia to finish collecting image data from M78, a bright reflection nebula in Orion.  It has finally happened, although there were issues with the quality of some frames.  I haven’t yet been able to figure out what caused the problem, but did find a reasonable work-around for it.

This was captured from the other side of Earth, but also makes me curious about what M78 would look like from its other side.  In the upper right it appears that there is more bright blue light behind the dark nebulosity (clouds of relatively dense dust).  As is often the case with nebulae in deep-space photos, the 2 dimensional representation doesn’t give us a lot of clues about the 3 dimensional shape.  One exception is that dark nebulosity obscures stars and other nebulosity behind it, which tells us clearly about the relative distance of these components.  When we can identify the light source illuminating a reflection nebula (usually one or more bright stars) that also helps us infer structure from the apparent texture, but with less certainty.  Maybe that’s why I like dark nebulae.

On the left edge of this image is a faint arch of red and blue.  I believe this is a shock wave created by some energetic source, such as a collapsed star, but I haven’t researched this one yet, so don’t want to go too far out on that limb!

You might notice that there seems to be a reddish tint to this picture, particularly in the dimmer stars.  In reality, there is a lot of hydrogen around this object, in varying densities, and it tends to make everything look red.  In the wider field image of M78 I posted recently we can see a portion of Barnard’s Loop, a hydrogen structure that is just outside the field of view in this image, to the left.  When that is included the red around the bright blue makes more sense.  From an aesthetic perspective, I might decide to reduce the red in this image.  I have seen many similar photos that took this approach.  But this version is probably more accurate.