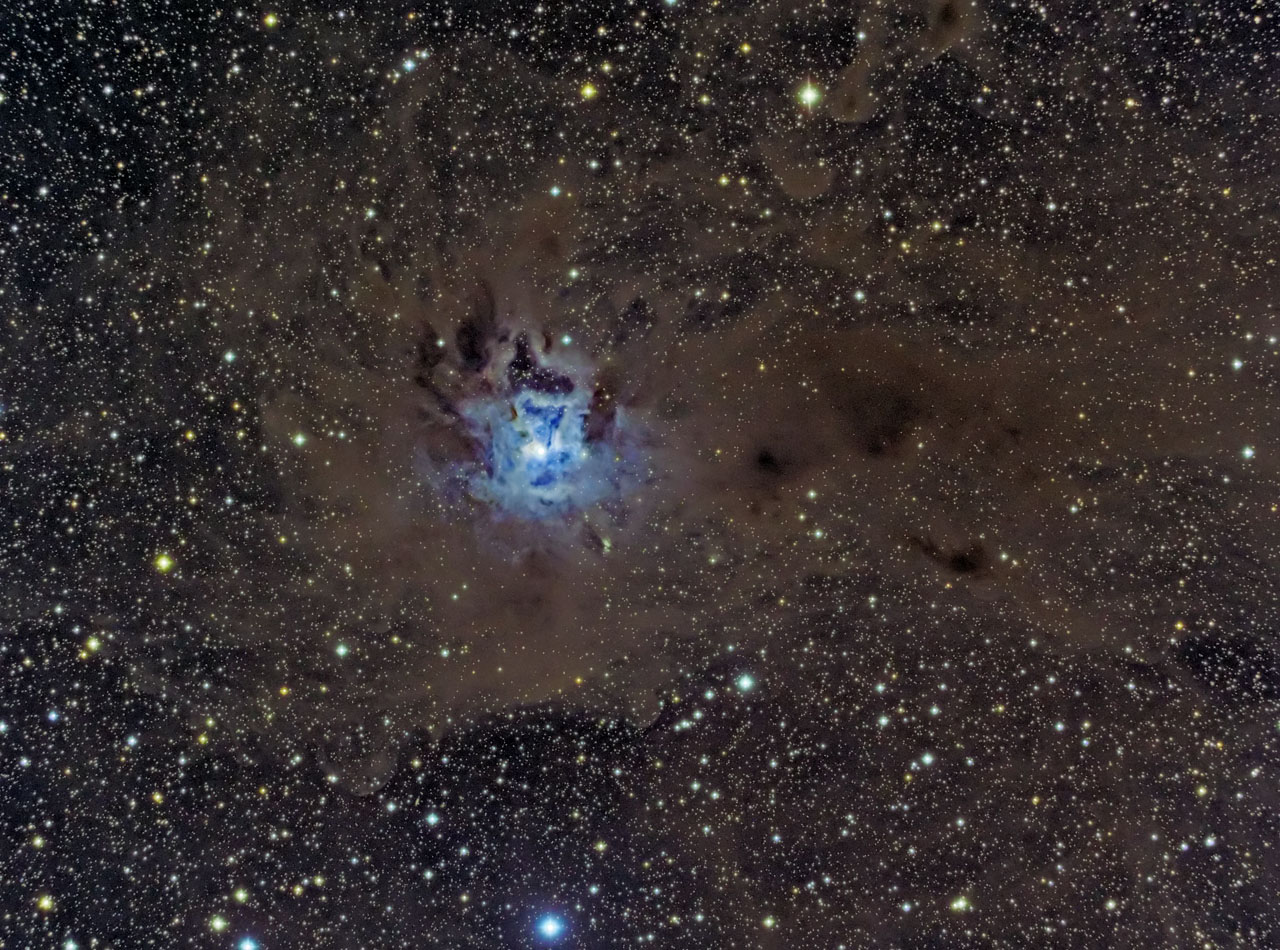 I have photographed the Iris Nebula many times – probably more than any other target, partly because I like it so much, but also because it’s difficult to capture.  Each of my attempts has been a little better than the last, so I will probably continue to shoot it.

In this case I used LRGB capture, with far more emphasis on the L.  That provides a lot of information in the dim dust areas, but it’s not quite as sharp as I would like it to be, and that’s partly because the AT111EDT telescope has a bit of chromatic aberration, which makes the L frames somewhat less sharp because the different wavelengths cannot all be in perfect focus simultaneously.  There are several ways to deal with this problem, but the ultimate solution is to use a better telescope.  That will probably be my next attempt at the Iris.

The nebula is about 1,300 light years from Earth in the constellation Cepheus.