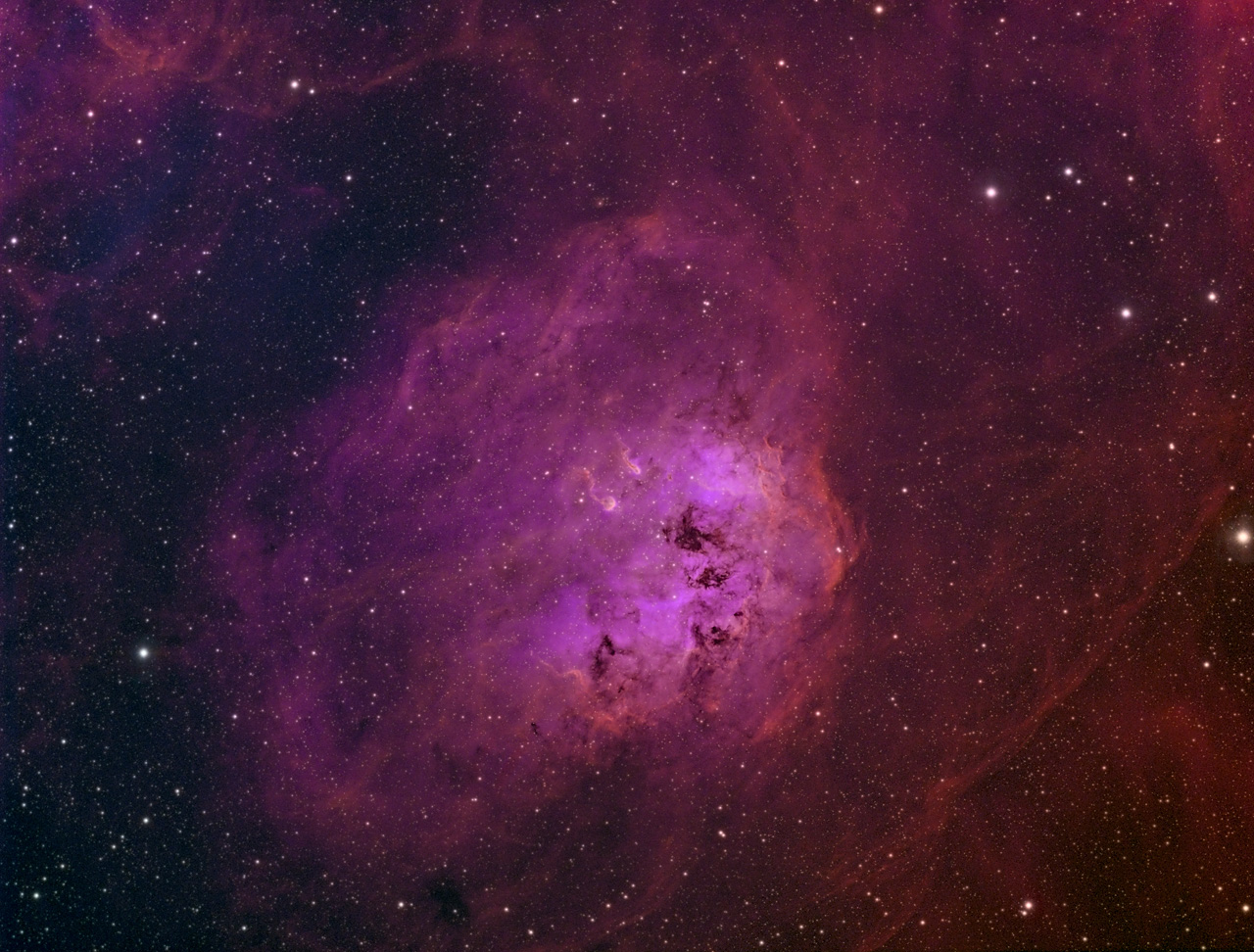 My last astrophoto was of IC405, also known as the Flaming Star Nebula.  IC410 is a close neighbor of IC405 – a bit of it is showing at the edge of the IC405 photo.  This nebula is best known for a small feature near the center, known as “The Tadpoles”: 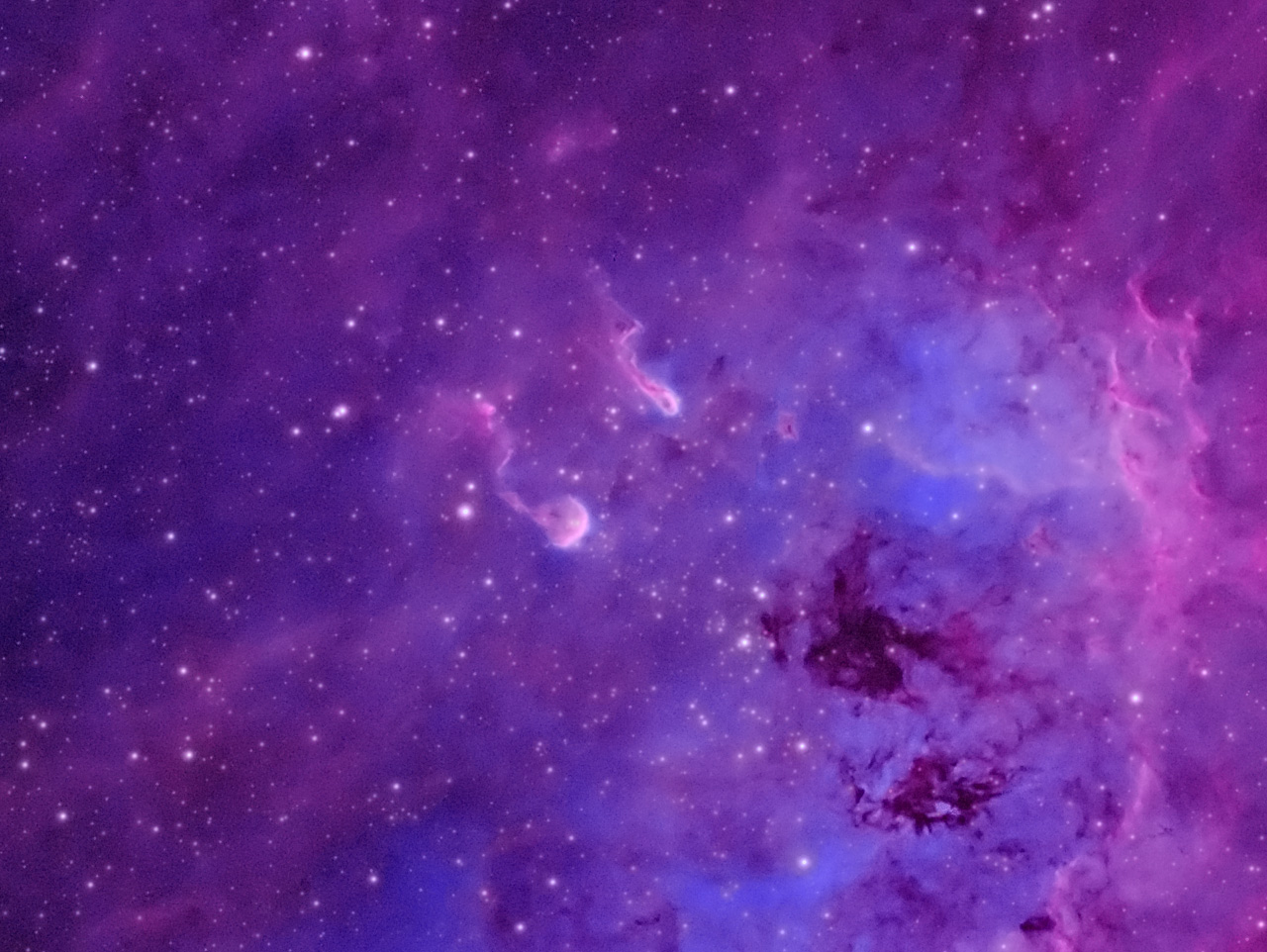 Most of the data for this image was captured near the full moon, and even though it is all narrowband data (using 3nm filters), the moonlight and haze made the O-III frames pretty bad.  The S-II frames were also less than ideal, so I leaned heavily on the H-a data to get the best image.  Specifically, the channels are combined as H(HSO_starless)  This means that I created an RGB image with red = H-a, green = S-II, and blue = O-III, then removed the stars, and applied the H-a frame as luminance (which restores the stars).  The reason for removing the stars is that it allows me to manipulate the colors of the nebulosity without creating color  artifacts in the stars.

You probably notice that the colors are different between these two images.  I have mixed feelings about the color in the close-up crop, but definitely did not like the color when applied to the whole image.  In this case the shift was done after restoring the stars, so there is some weirdness around the stars.

Both the IC405 and IC410 images were captured with the Stellarvue SVX80T telescope, but the IC405 image used a “focal reducer” for an effective focal length of 350mm, while the IC410 image is at the ‘scopes native 480mm focal length.  I captured about 6 hours of H-a data, and 2 hours each of O-III and S-II.  Calibration, registration, and stacking were all done in CCDStack2.  Post-processing was all done in Photoshop.