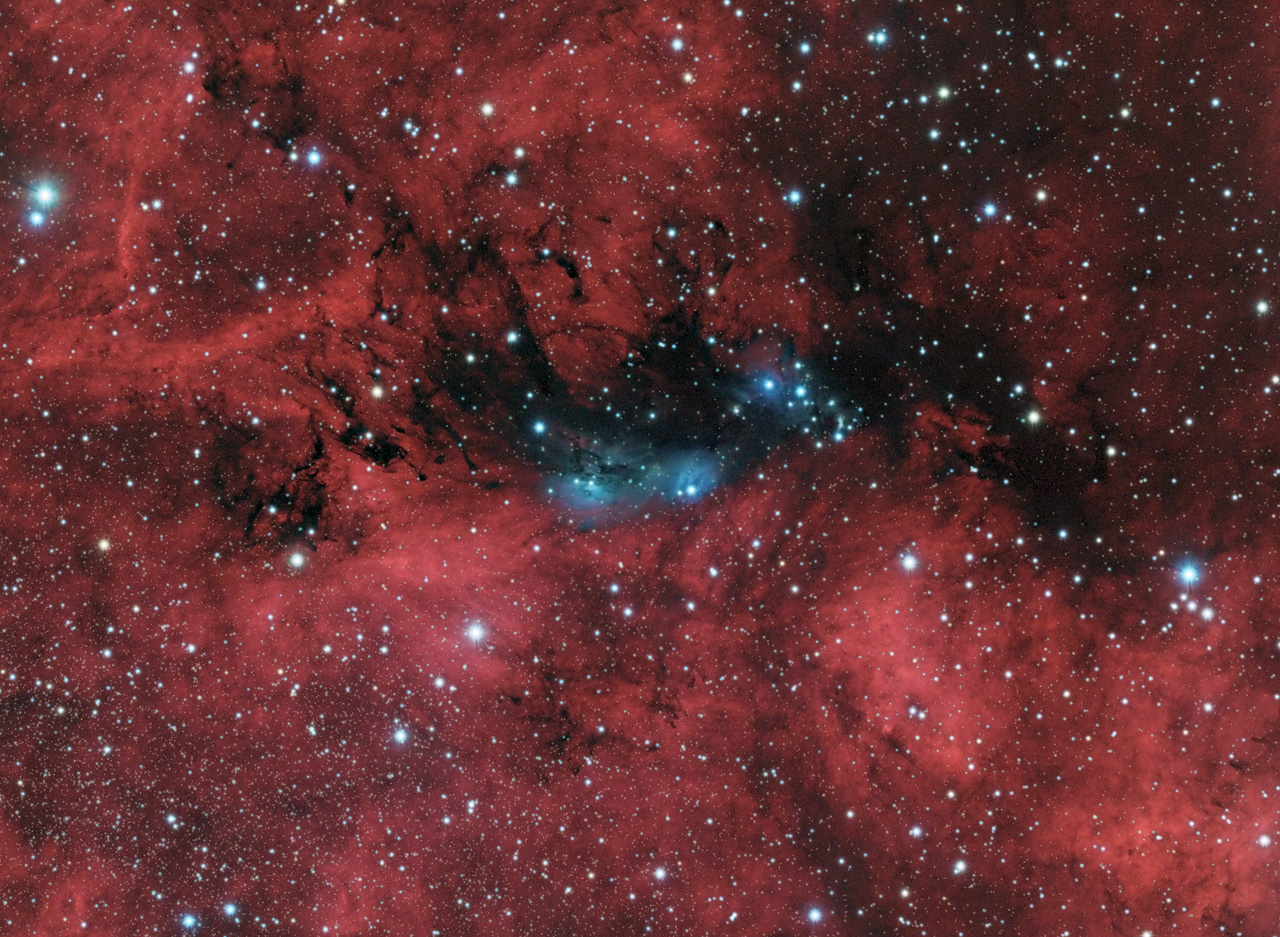 The last of my images from OSP is NGC6914, a small reflection nebula in Cygnus.  To be honest, this includes a lot of data captured from home in addition to what I captured at OSP.  Specifically, the majority of the image (the red areas) are hydrogen, and knowing that I could get that with a narrowband H-alpha filter from home, I didn’t shoot with that filter at OSP.

But combining the RGB and H-alpha data did not work out the way that I had hoped.  If there were no stars in the image it would be a simple matter of blending the H-a data with the red channel (perhaps even completely replacing the red data with H-alpha).  But where there are stars the narrowband data looks very different because the brightness of the stars (largely seen as the “size” of the stars) is very different in the H-alpha versus red channels because the narrowband filter passes only a small percentage of the light from stars.  I generally prefer nebula images to have the “reduced” stars you get with narrowband filters.  For example, here is the (monochromatic) H-alpha image from this data set: 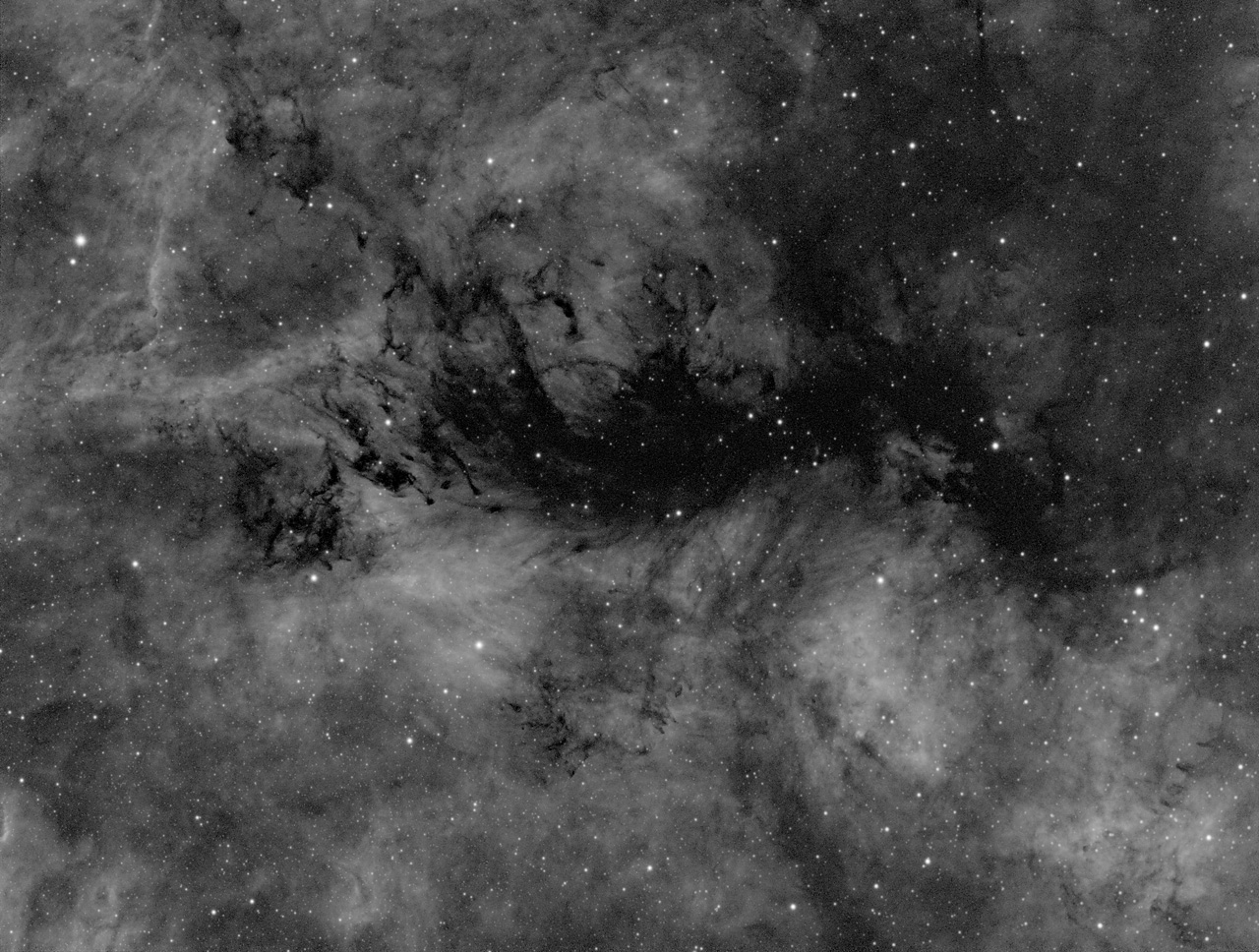 The problem is that the blue region (which is, after all, the main subject of this image) does not show up at all in the H-alpha data, and anything you could do to add it back in would also add the bigger stars of the RGB data.  So for now, I have produced what is essentially the RGB image with some enhancement of the red from H-alpha data.

NGC 6914 is a small patch of blue reflection nebula in a vast sea of hydrogen emission nebula.  It is located near the star Sadr, more or less in the direction of Deneb.  It’s about 6,000 light-years from Earth.

All frames were captured with a ZWO ASI1600MM camera through a William Optics FLT-132 refractor, on a Paramount MyT mount.  The RGB data is minimal – just 8 frames of 2 minutes for each color channel.  Luminance consists of 40 frames at 2 minutes each, and 12 at 4 minutes.  The H-alpha channel is 12 frames of 15 minutes each.  The total integration time is almost 6 hours.