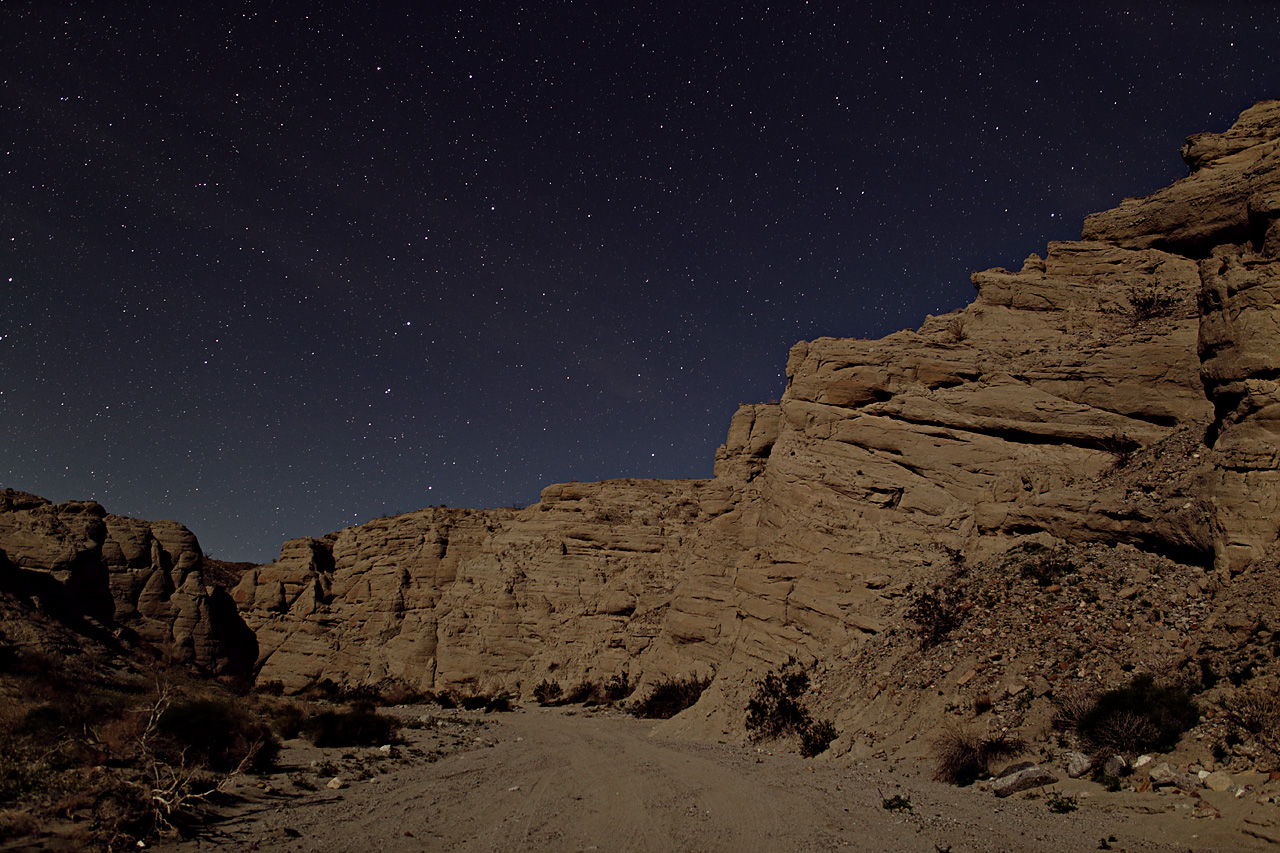 In an earlier post I shared a picture taken at the top of a canyon wall, showing the canyon below and the the Big Dipper above (through some interesting clouds).  When I went down into the canyon (not actually the same one) I thought I’d try the same thing from this different perspective.  It would have been great to shoot this looking up the canyon wall, just as the previous shot was looking down such a wall, but since the Big Dipper was pretty low in the northern sky, that was not going to work.  Indeed, I had to walk down the road a quarter mile or so to get to a place where all the stars of the dipper are visible above the canyon wall.

An interesting detail of this photo is that the second star of the dipper’s handle is easily seen as the 2 stars we all know it to be, Mizar and Alcor.  Being able to distinguish these 2 (naked eye) has long been used as a test of visual acuity.  But they are not really so close together that it is hard to separate them.  What makes it difficult is that Mizar is about 5 times as bright as Alcor, so the dimmer star is hidden in the halo of any optical defect from the brighter one.  In astrophotography the range of brightness in stars is typically compressed a good deal, and brightness appears more obviously as the diameter of the star.  I should add that this is true in what we call “pretty picture” astrophotography (what I do, and what you most often see), but not in most scientific imaging.

The canyon is illuminated by a fair amount of moonlight, unlike the previous photo, which was shot after the Moon set.  I intentionally reduced the exposure to get it closer to what it looked like in person.

And I also took a photo looking up the canyon wall: 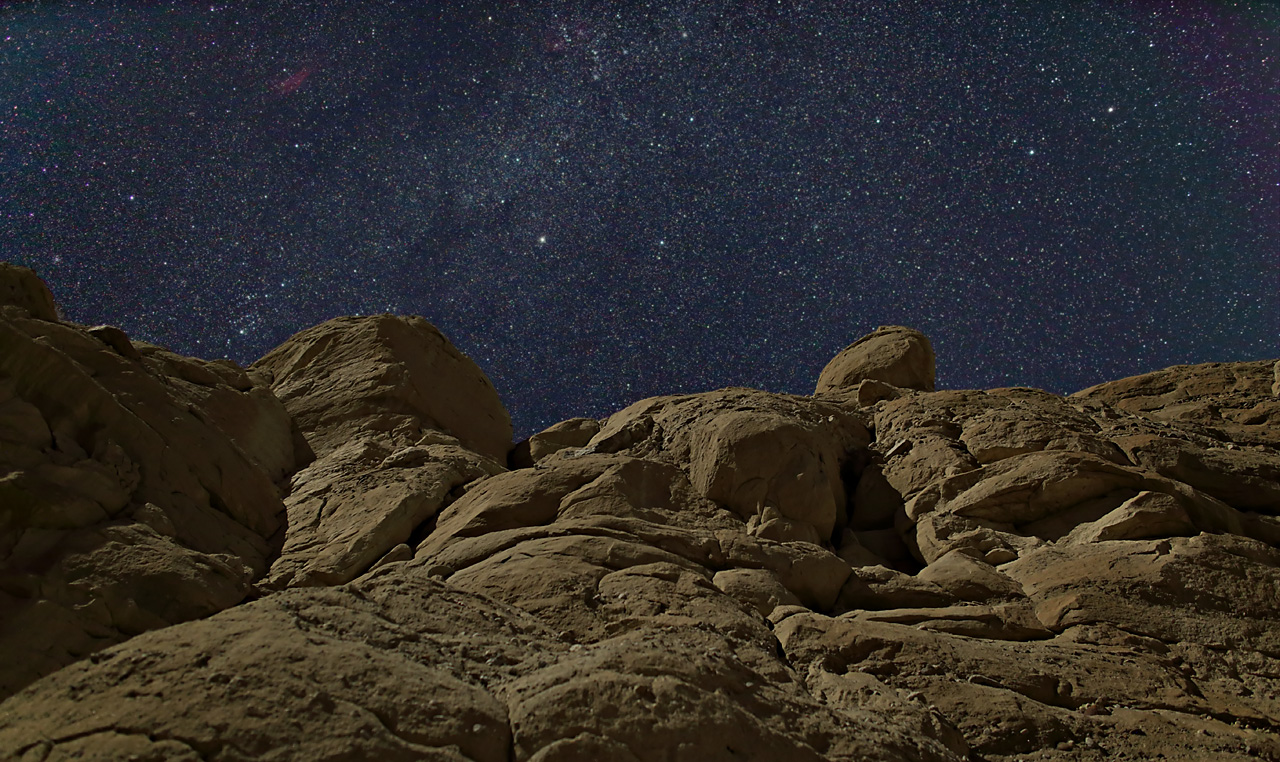 The Milky Way can be seen left of center, and I believe that the red patch in the upper left is the California Nebula (NGC1499), but I’m having a little trouble making sense of the stars here.  That’s mostly because I really don’t know my way around the night sky that well, but I discovered that the time is not set correctly in my DSLR, so I don’t know what time it was when this exposure was made, which makes it difficult to figure out what I was looking at.  But it must be NGC1499, and that would mean that the bright star on the other side of the Milky Way is Capella.  The Pleiades would be above the top edge of the image.  It would have been nice to include it, but I suspect I would have fallen over backwards to get it!