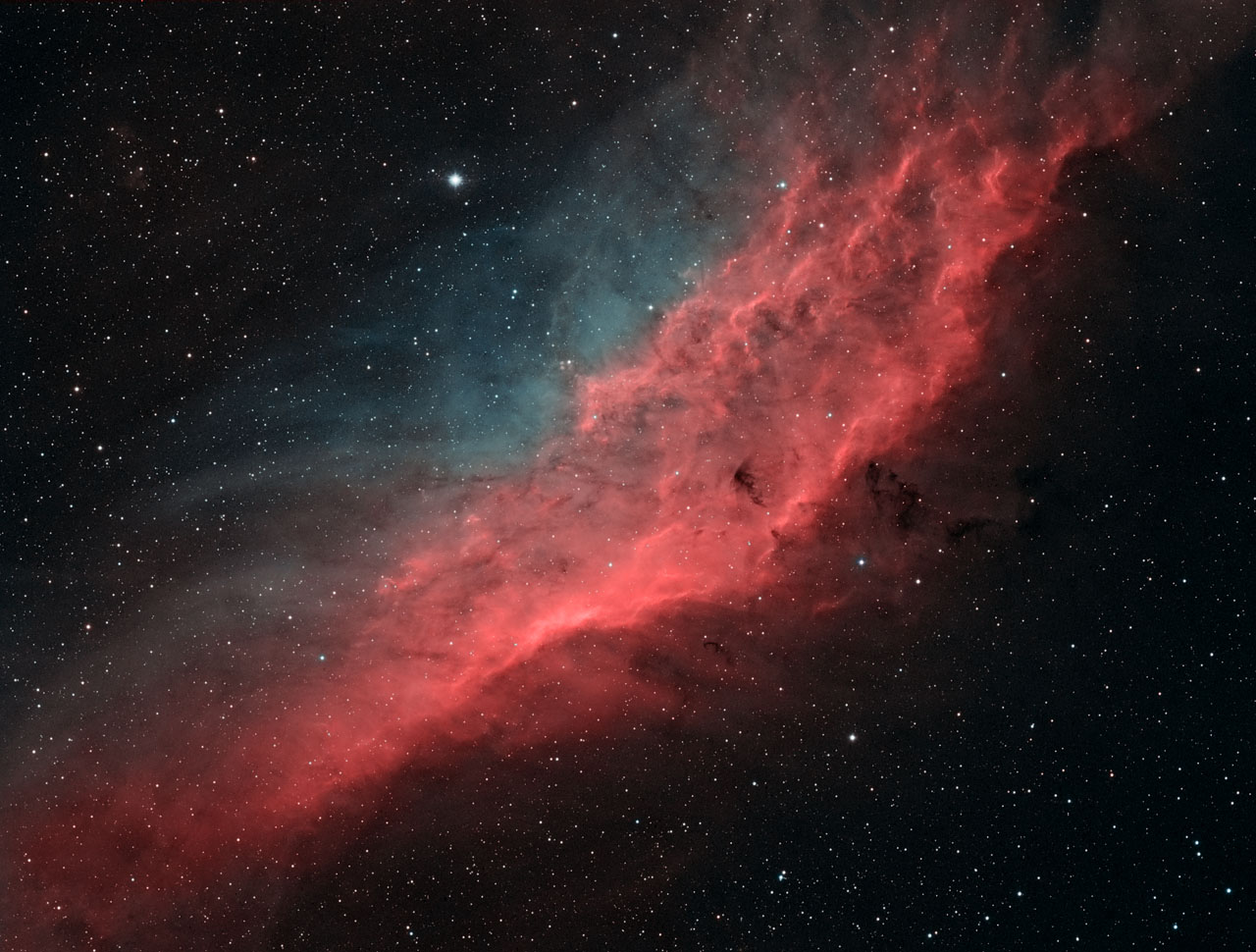 This nebula contains all 3 of the target spectral lines, hydrogen-alpha, sulphur-2, and oxygen-3. But the O-3 signal is so weak that you could literally count the photons by hand as they arrived!  To provide some color in the processed image I could have (largely) ignored the O-3 and made a bi-color image of H-a and S-2.  Instead, I used a slight variation on a commonly used process; creating a bi-color image from S-2 and O-3 (S-2 as red and O-3 as green and blue), then applying H-a as a luminance layer over the bi-color image.  The result is that while the cyan (blue-green) color does derive from the O-3 signal, the part of the image shown in that color is better defined as having H-a, but not S-2.  The red area is where there is both H-a and S-2.  There are, of course, areas that have all three elements (seen as grey), but the O-3 is so weak that it is quickly swamped out by the S-2 in such areas.

Note that for aesthetic reasons, I flipped the image left/right so that the “line” rises in a left-to-right scan.  Some might regard this as a disservice to astronomers, since it makes the image backwards, but in reality, astronomers are quite accustomed to such reversals because the same thing happens in a telescope, depending on the type of telescope (essentially, how many mirrors are in the optical path).