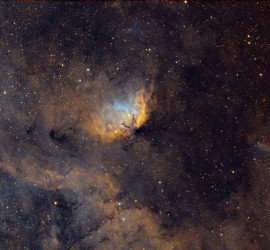 My productivity for the past Winter (in terms of new astro-photos produced) was well below average, and Spring has not been kind either.  So I’ve been looking at old images to see if I could find some that might benefit from the new tricks I’ve learned in processing over the last few years.  I found these two objects, which both happen to be somewhat obscure nebulae in the constellation Cygnus. The Tulip Nebula: A closer view of the actual tulip shape (center) would make for a more colorful image, but I like the contrast of this gentle flower floating on […] 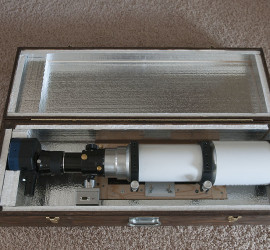 Long time readers of this blog know that I do a lot of my astro-photography from “Wa-chur-ed”, my home observatory, and that most of the images captured there use narrowband filters to defeat the light pollution from nearby Portland, Oregon.  But narrowband imaging limits you to just one type of target, emission nebulae.  To photograph anything else in the night sky you need to get away from the city lights – in my case, more than 100 miles away. Whenever the weather allows, I try to get out to dark skies during the New Moon period (the Moon being the […] 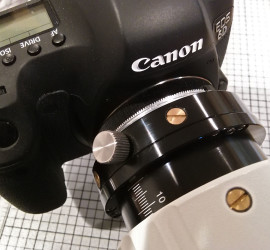 When I first started in astro-photography back in 2005, it quickly became apparent that some of the “bits and pieces” needed to assemble gear into a working system were not readily available.  I’m not alone in this experience – I recently met a guy who, like me, actually got into machining and bought expensive tools primarily to make the parts needed for astronomy. In my case, some of the parts needed were relatively “new ideas” that were not readily available elsewhere, which led me to manufacture and offer them for sale to others.  A prime example of this is the […] 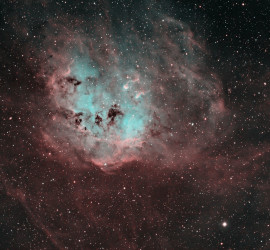 IC410 is an emission nebula in the constellation Auriga, and best known for the two little squiggly shapes that look like tadpoles.  It’s an interesting target at various degrees of magnification.  At very high magnification (and better atmospheric conditions than I ever see here) you can frame just the tadpoles.  A slightly wider view would include most of the surrounding nebulosity.  This view is a bit wider yet, to include some of the extended nebulosity below and to the right of the main portion.  A very wide view could include several other nebulas (see http://wa-chur-ed.com/ic405-410-and-417/). I captured this image in […] 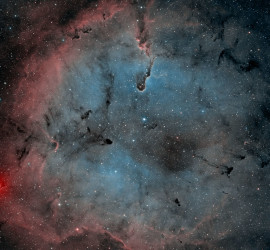 I recently completed this new image of IC1396, the “Elephant’s Trunk Nebula” using narrowband filters and the fairly short focal length Star71 telescope.  Another version of this, from almost a year ago, was done at much higher magnification and shows just the portion that gives the nebula its name – the top center of this image. The bright red star in the lower left corner is known as the “Garnet Star” and it really is very red, but its appearance is a bit of a fluke in this image:  As is always the case with narrowband images, the colors in […] 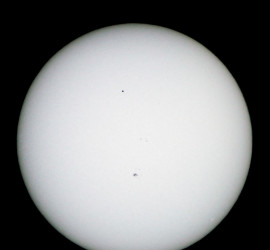 The fates conspired to keep from going to a star party this past weekend, where I had intended to shoot a full sequence of the Mercury transit so that I could combine them into a composite image showing the path of Mercury across the Sun.  The weather at home was predicted to be very cloudy, but I set up everything anyway, and was rewarded for my efforts with several long periods of sunshine. I got about 200 frames with Mercury in various places along its path.  These could and should be combined to produce a less noisy image, but I […] 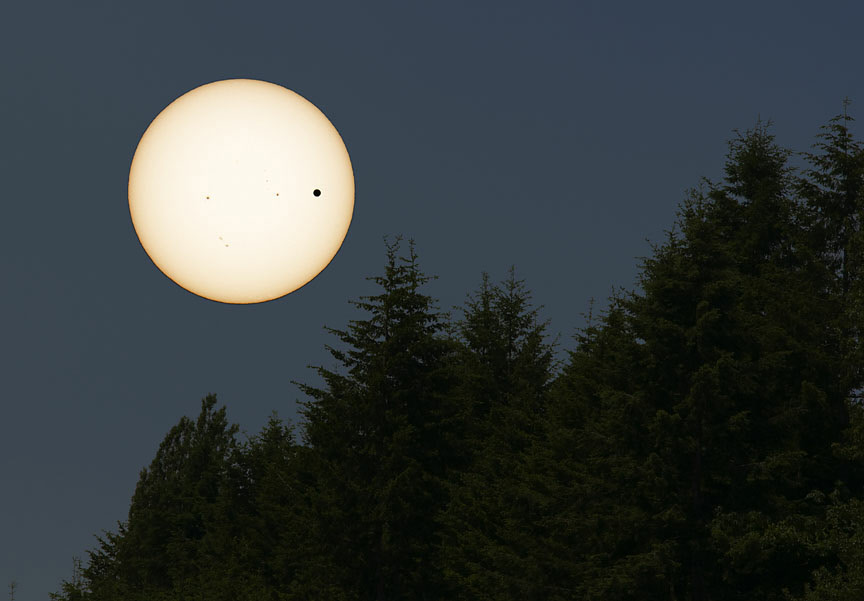 Starting at about 4AM (U.S. west coast time), the planet Mercury will cross the face of the Sun.  I’ve never photographed a Mercury transit before, but captured the above Venus transit back in 2012.  Mercury has such transits much more frequently than Venus, but it also appears as a smaller disk. If you’re not interested enough to get up at 4AM, don’t worry, the transit doesn’t end until 11:39AM.  However, you do have to worry about safety in observing the transit.  Unlike a solar eclipse, the Sun will appear at full brightness and you wouldn’t be able to see Mercury […]